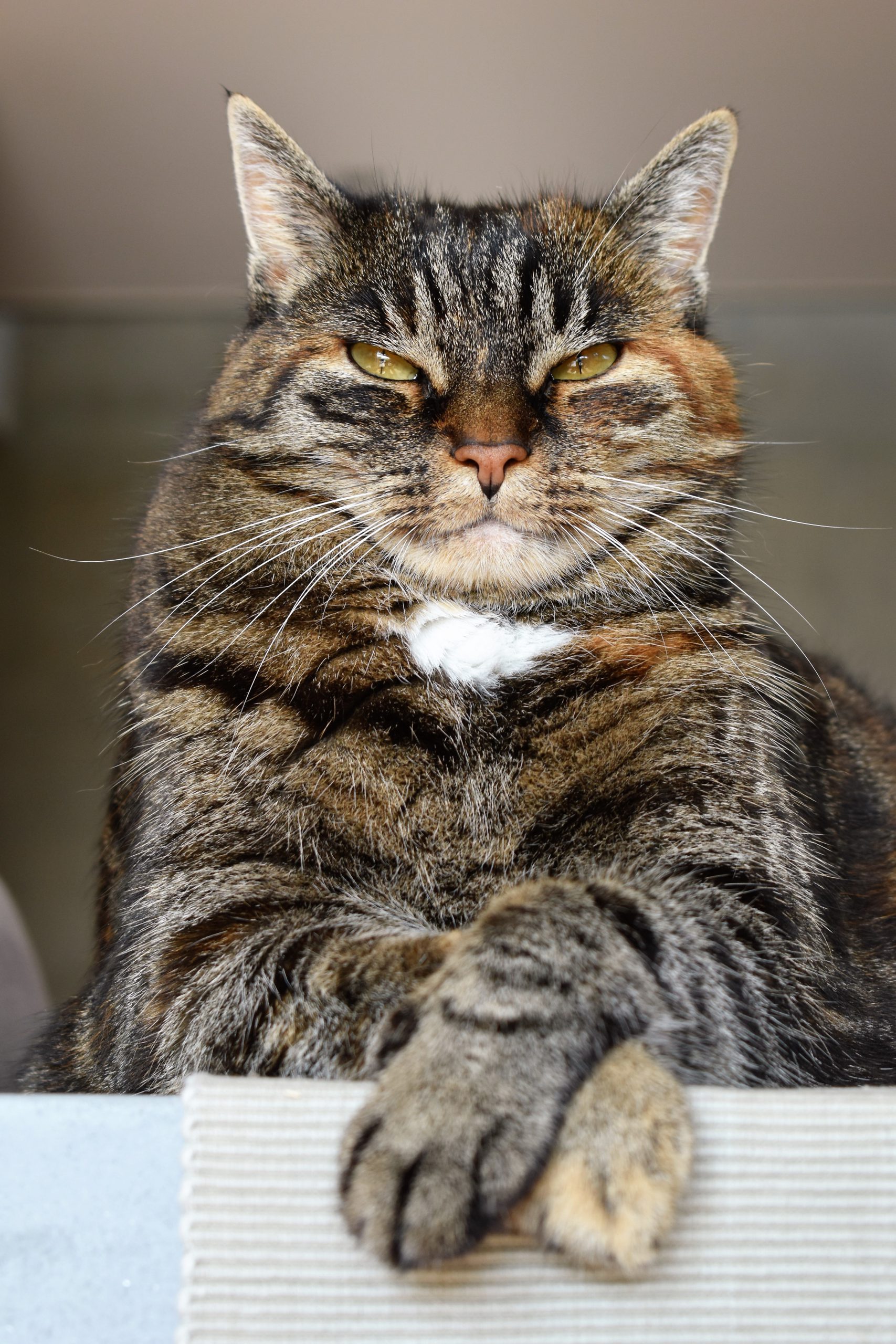 The cat was now getting aggressive; when anyone walked into the gate in the evening, it would purr as it followed you to the front door of your flat and walk away when there was no sign of food. Then as you entered your door and turned to shut it, it would start to meow very loudly as if it was yelling at you.

Andrew opened the main gates of the apartment block to reverse into his parking spot. The cat purred and followed him as he walked to either side to push the gate to its furthest end to avoid knocking it with his car.

The cat was a bit too incessant; it purred and attempted to rub itself against Andrew’s leg. Andrew shooshed it driving in and reversing inside. Something caught his eye in the side mirrors as he shifted his gaze to either side to ensure he didn’t knock anything.

It was grey and fluffy; he thought it was the cat and shrugged it off. Then, just as he straightened out the car to fit between the lines of his parking, he heard a guttural hiss. He stopped, worried he might have killed the cat.

It quickly darted from underneath his car with something in its mouth. Andrew dismissed it at first. Then, when he rolled up his windows and turned off the ignition after successfully pulling into his parking spot, he quickly grabbed his rucksack from the front passenger seat, pulled out his car keys, and hopped out to lock his car.

He looked at the cat, now happily perched on its favourite part of the perimeter wall. There was a nook between the different levels of concrete pillars it always slept in, but there was something a bit off about what it was licking.

Andrew shook his head and headed straight for his second-floor apartment. But as he walked towards the stairwell, something made him turn back.

“Why am I bothering myself with this? It’s a cat. It probably killed a rat.” So he thought aloud as he walked back to the wall. He walked to the cat, which was still licking its finding.

Andrew turned on the in-built torch on his phone to light the cat’s find. He dropped his phone and froze.
“Oh! My God!” he whispered under his breath as he backed up. It definitely wasn’t a rat. It was a mangled human hand.

Andrew quickly picked up his phone and ran to his house to call someone, he didn’t know who, but someone to help. He wasn’t about to deal with the police again, not after what happened the last time.