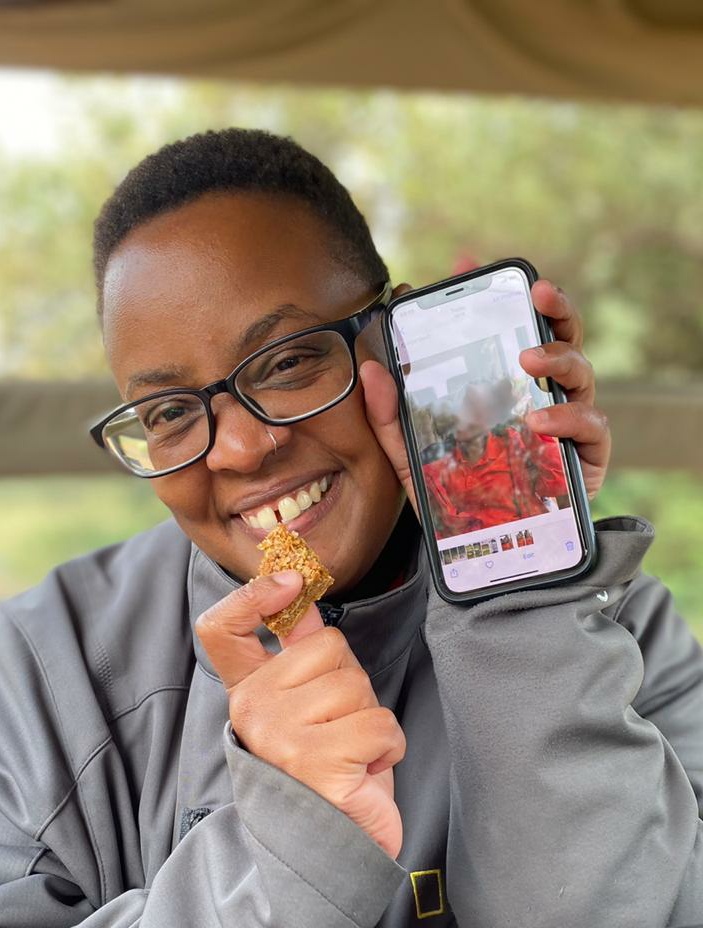 When I met this lovely young woman in 2006, I never thought anything would come out of it. I was excited to have a job with initial three-month probation. I had been out of high school for five years and I didn’t know what my future prospects would be. All I knew, was I had a steady income and an opportunity to work in mainstream media. A dream I wanted to pursue and was the basis of my quitting a sales job six months earlier.

When I arrived at work on my first day, I was nervous, all the radio celebrities I had heard I was now working with. I was start stuck and intimidated. I constantly felt I didn’t belong, but I always remembered it was a learning opportunity. I would kick off this three-month probation with two other young and burgeoning copywriters, Mwikali and George.

Right off the bat, I knew they were more skilled than me just based on their credentials. Mwikali had graduated from university, George was studying in the university of my dreams, I had a diploma from Strathmore in IT, which I had never practised. But when the rubber met the road, these two were crazy good copywriters. In retrospect it is laughable, it doesn’t matter, but I constantly looked down on myself for not having a degree or being in pursuit of it at the time. I have to admit I was worried I would be judged.

Mwikali was wrapping up work out of town and would kick off the probationary period a week or two later. George joined a bit late as well. So, on day one, I felt odd, I was the only newbie in a sea of celebrities and a community that I was not part of. Everything was intimidating. As George joined and I saw a young ill-experienced person like myself it was consoling. Mwikali joined and the trio was complete.

Mwikali had such a cheery demeanour, she was kind as George was. It was odd for me. In the previous workplace, my senior boss was a menopausal man constantly yelling and pointing out what was wrong, when there was nothing. My supervisor was an elitist wannabe woman whose overconfidence turned into sarcasm and classism. For someone with beaten self-esteem, it was an extremely uncomfortable working environment. Needless to say, my attitude towards the conventional work environment was not great.

After the three month probation, I was let go, the organisation said they could only hire two copywriters, I struggled to learn the concepts. The rest were extremely talented, even I couldn’t deny that. A few months later I would be re-hired but that’s another story altogether.

Mwikali was extremely honest and real. There were a lot of things I was naïve and confused about in life, she was always a listening ear and would give honest feedback based on her worldview without judgment.

I would be angry and throw tantrums. I was a constant powder keg. Mwikali would call me out on my stupidity and surprisingly, she never walked away. This was becoming a friendship. I honestly don’t understand why she bothered. I was an angry and toxic person then and I know my constant outbursts must have been so exhausting to deal with.

Every Friday she would ask me what I was doing for the weekend, I would make excuses or try and avoid responding because she always offered to hang out. I was living hand to mouth with the money we were earning. I couldn’t afford a pizza hangout, a movie or even spend extra bus fare to hang out with her and other friends. So I avoided it. But there was persistence with her friendliness and kindness I found weird. How could someone be so consistently kind, unjudgmental and caring? At the back of my mind, I always wondered, when the façade would peel off and show the evil within? There never was evil.

I still recall the day I was informed at the end of our probation that I would be let go, I took a matatu to town with Mwikali. I was confused wondering where I would get a decent income. She consoled me and I recall her crying. I know she probably doesn’t recall this but she did. 😊 I was surprised, I knew we were good workmates, I didn’t realise she cared.

I hadn’t had real friends since primary school at this time and my general attitude towards life was, “ I am here to work not make friends.” Because experience taught me friends were non-existent, people were backstabbers and used you as pawns in their schemes.” Yes, pessimism was my life anthem.

Fast forward two years later, Mwikali and I were both offered a better package at a competing media house where we worked even closer together. This is where our friendship grew, we hit tonnes of snags, I was generally angry and mostly inconsiderate, I just felt entitled from past hurt and felt the world owed me. She would call me out on it, and I her, if there was anything I felt I didn’t like, and steadily the friendship grew.

At some point I felt that our lives paths were destined to be together, we would want and do the same thing. But as we crossed the third year of our friendship our life paths started to take a detour, I wanted to be a journalist, she wanted to be a chef. Soon she was out of the country pursuing a new dream. I felt empty, but aware that it was OK, and it was my job to support her dream.

For the 16 years I have known Mwikali with our numerous ups and downs, there is one key thing I have learnt from her, which is also why for some reason I judged her for; the pursuit of her interests.

You see, Mwikali has worked as a copywriter, served as a professional Chef with knowledge in Classical French Cuisine, been a Chocolatier and chocolate maker, producer, radio presenter, and also is a professional photographer.

I judged her because I felt she lacked focus in life. But what I didn’t realise was she was truly living life. Life is about exploring; exploring different things that interest you. She did it afraid every time, she researched like a fiend about it, she would even reach out to decent strangers, in her new field of interest, go through a cost-benefit analysis and take the leap even if she was afraid.

I have zig-zagged as well in the field of communication, not necessarily left the field. But through watching Mwikali I have seen that zig-zagging is how you learn and grow. Because you are constantly seeking a new challenge to grow even if it scares you.

My friendship with Mwikali is literally numerous books long, but I will summarize a few  of the invaluable lessons I have learnt from her:

Here’s to the world’s most beautiful person and soul. My BFF XOXOXO Mwikali Ndambo!