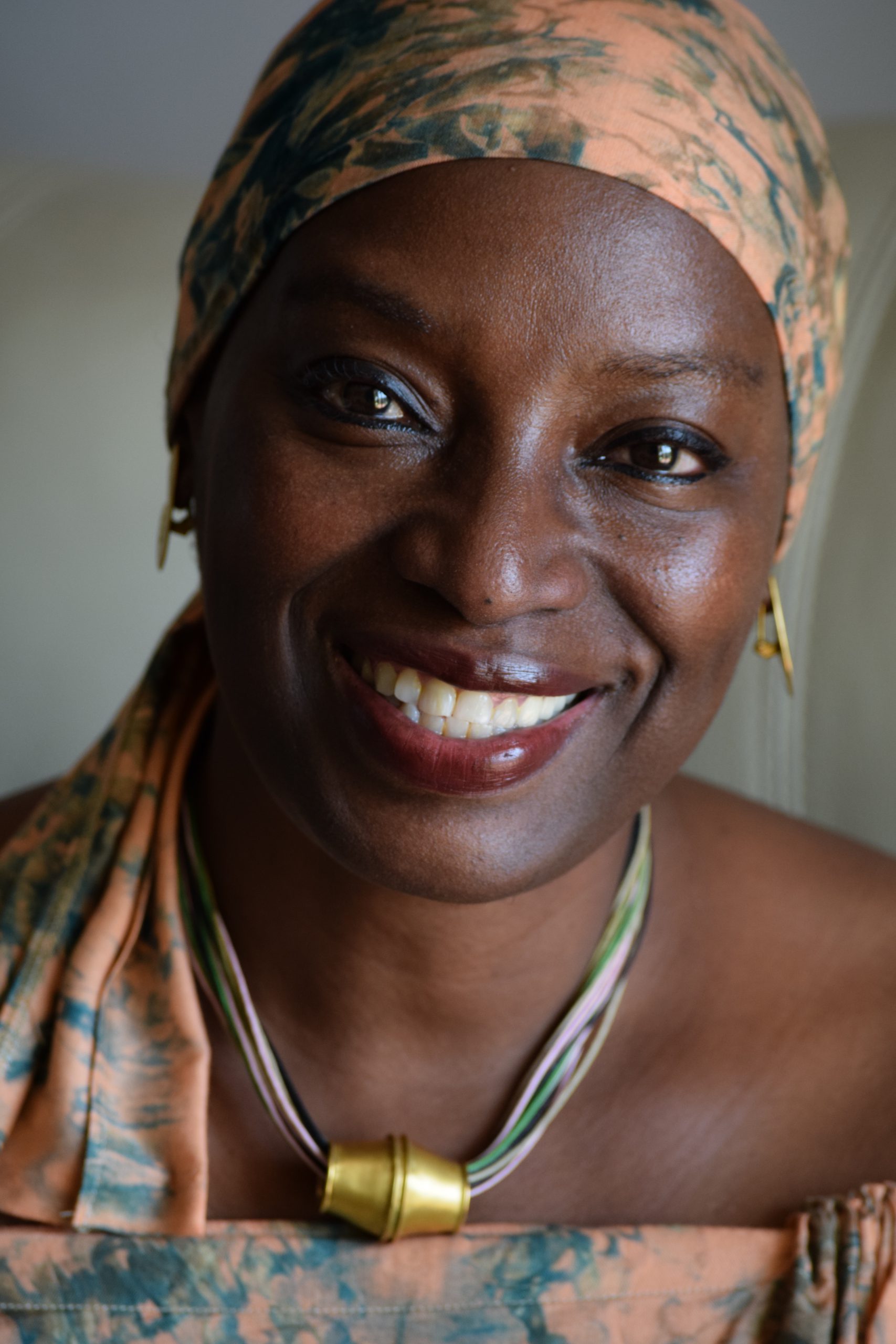 It was 2015 when I met a funky lady, she was draped in a Chiffon poncho and pristine white pants. She was about 5 feet 6 inches and had gorgeous grey and curly hair held in a bun, not a single strand out of place. Her accent caught me by surprise even with a name like Wanny, she looked Kenyan to me. Her big warm smile and her sleek Spanish accent arrested me. She was like an Aunt I never had. Her name, Wanny Angerer, a Honduran national living in Kenya, promoting unity in diversity.

I was introduced to her by a mutual friend who I had worked with on an event a year earlier.  Shout out to Reshma Khan. I had just ventured into the world of public relations. She liked my work and thought I would be the best fit for Wanny. After my meeting with Wanny, I have to admit I left underwhelmed, it was a gig, yes, but she wanted me to volunteer to do the work. I was broke and needed money. Why I agreed to it, to be honest, I had no idea.

I felt her life philosophy was extremely idealist even dreamy at the time. I know I probably gave off that vibe, this is where maturity trumps a youthful sceptic I guess. In 2015, Wanny kicked-off one of the many global events she runs, Women of the World Talk & Act. This mega connector brought in women from all parts of Kenya, of various backgrounds and races all together I had never ever known existed.

We put together the event, did a series of interviews on various TV stations. I was proud of myself being able to lock those down. Meanwhile Wanny also had her media connections and got her story in the local dailies, how? Well, it’s Wanny, chief connector. Wanny by herself is a social media network, I kid you not. Wanny is that woman who eats life with a big spoon.

As the event drew closer there was a series of smaller events as a teaser for the main event on International Women’s Day. The event was prepped and I asked who would MC and Wanny told me I would.

I almost went on myself. My stomach churned, my sweat pores opened and a floodgate of sweat drenched my body. What? Me? MC? Hahahahaha! It was laughable and sad at the same time. It was at that point in time I realise in retrospect, just how little I thought of myself.

For anyone who knows me I am generally bold in my speech and tend to command attention. But because I was a broke journalist with no clear future prospects in my early 30’s I genuinely didn’t feel like I fit in with European parliamentarians, Kenyan tech innovators, world renowned super models or even just the celebrated artiste or mechanic. Wanny encouraged me, she was firm but kind. She even gave me pointers on what to do.

My very first MC’ing job was a pre-event where I was to figure out how to conduct an intriguing night of panel discussions led by women of many faces, years of experience, illustrious careers and higher socioeconomic statuses than myself. When I got to the venue, I got in about two and a half hours early just to change and breathe. I needed to acclimatize to the venue and figure out how to talk to these women and engage the crowd. My head is pounding just recollecting how I felt.

I recall having a good friend of mine attend the event for moral support. I needed to see a familiar and friendly face who I could look at from time to time to reassure me I wasn’t making a mistake. I held his hand just before the event while I was hyperventilating and we walked around the event car park to pray to reassure me I wasn’t a mistake.  Shout out to Sam Waruingeh, thank you man for always being one of my top cheerleaders.

I went back in, briefed my panellists on the program of the night. I held my scripts in hand, most memorised by heart and kicked off the event. Wanny’s reassuring smiles and nods on stage with me and the occasional look at Sam in the crowd helped at the beginning.

Once Wanny kicked off the event with her phenomenal rendition of Bėsame Mucho ( you really need to be around her when she sings. Phenomenal jazz singer.) I don’t know what came over me, the fear was gone, I felt at home and I was so relaxed. I was in the zone. Never had I imagined I would do that. Wanny, like many others saw I had lost belief in myself. But she lit a fire in my belly one I never knew existed. And just like that I realised I can do this!

It took me many years after, MCing more events for Wanny, even a classical music concernt with world renowned Classical Pianist, Marouan Benabdallah. ( Another story for another day).  I still struggled to believe in myself. I would publicly flog myself when people thanked me for a great job at MCing, because I felt it was ego stroking.  It was weird to watch even in retrospect to be honest. I not only struggled to believe in myself but made myself feel small.

But that path that Wanny set me on with her Moving Cultures brand while she was in Nairobi, didn’t just rebuild my self esteem, she also counselled me and made me start to realise the need to let go of past hurt and distrust of people.

Wanny always said in order to succeed you need people. I would be in awe at how she would be in touch and check in on people who she has been in touch with across every country she has lived in. She always found ways to bring people together for good, whether it was musical therapy for children with cerebral palsy, helping a school in Kibra, or hosting a musical concert in Sudan with a culturally diverse band.

I wondered how she got favours from restaurants offering her space for free or getting so many high profile people to participate in her events at no cost. She is a brilliant networker. She told me the secret was simple – the principle was simply give and you shall receive.

The friendships I also made through Wanny, some are still going on strong. And for that and all Wanny has done for me, I am eternally grateful.

At times we doubt what we are capable of at times not just because we never tried, but because we lose ourselves on the path of life. And at times it simply takes one person to nudge you into a realm of discomfort for you to fall out of the comfort of the nest and find the wings you always had to soar.

In summary from Wanny I learnt: