Efficiency – One Word a Tonne of Difference 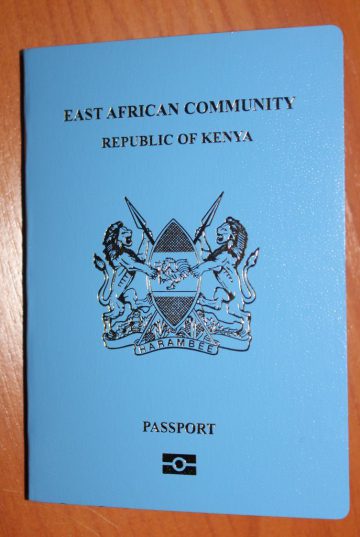 In May last year, I went online on to the government portal, e-Citizen, to apply for the new e-passport. Since 2013/14 thanks to a progressive cabinet secretary, the government finally decided to automate some of its services easing the process of acquiring passports, driver’s licenses, visas etc. This was a relief, no bribes, just government doing what it should do, serve the people. Old post offices were turned in to buzzing machines of efficient public service to its citizens,  branded as Huduma (Swahili for ‘service’) Centres. Hooray!

I filled in the forms online, paid digitally via Mpesa, got the necessary supporting documents and viola! I was ready. But what I wasn’t ready for was the swarm of Kenyans who had also done the same and were queueing with their children in the depth of night to beat the August 31st deadline to get the new passports.

My best friend had gone a month earlier and had arrived early around 6 in the morning, by 9 am she was done. That was reasonable, considering there was a queue the length of the caravan of Israelites who crossed the river Jordan aeons ago.

It was discouraging, to say the least. I saw the social media posts of people in queues wrapping around the immigration building from as early as 3 am on a bloody weekday. Parents with their children freezing. People had travelled to Nairobi from far-flung areas of the country to beat the deadline. The reason why the queues were so long wasn’t just the deadline. But disorganisation in the department as well as the limited number of people to be served daily. There was a 100 people daily limit or some absurd small number. Ridiculous when applicants are in their millions around the country.

It was a lottery, you never knew whether your 4 or 5 am arrival would grant you a chance to meet the 100 people cut.

I tried on one day, I refused to be there at 4 am in the morning. I chose to be there by at least by 6.45 am. The administration police were really kind to people as they kept the queues moving. If you whined or exclaimed aloud, one or two would reassure you, you had a chance. But reassurance or not. By the time it got to 7.30 am, it was clear this queue which had wrapped around the building definitely was past the 100 mark.

“Good morning, unfortunately, we will not be able to serve you today. We have a daily limit of 100 people. Due to the volumes, we would request that you apply for passports outside of Nairobi. We have opened stations in the following cities and towns across Kenya, where you can also make your applications…” I mentally checked out at that point. I walked away dejected.

Liwe Liwalo! (so be it!) is what I thought. Who was going to Embu or other places out of Nairobi to apply for a passport?

I thrust my gaze at the young eloquent lad again not paying attention to what he said briefly.“…these stations have fewer applicants and will process your application faster…”

Forget it. I left and walked away as he continued to speak to a fizzing crowd.

A few weeks later the government came to its senses. It came across a new word, a simple yet weighty word with life-changing consequences. The word, Efficiency.

They realized being strict and forcing people to take days off work to apply for a passport was ridiculous, insensitive and was costing the economy. ( Maybe they didn’t think about this but at times it’s good to give a benefit of a doubt they did.)

They extended the deadline, increased registration centres and revised the application system. People would still use the online portal but this time, make appointments. That way making it easy to manage the 100 daily limits. This was introduced in, you guessed it, August. The month of the initial deadline.

And for those who had already applied before this introduction such as myself, could get up early and be served quickly and hassle-free. And yesterday, in exactly 52 minutes, number 29 in the queue, I submitted my completed application, received an SMS confirmation from the Department of Immigration. Got my biometrics taken and I went about my day.

It was awesome! I just don’t understand why we don’t have this system in every sector of Government. It works for all basic services. With Mpesa all cash goes to the government coffers without any dodgy business. It is refreshing and promising to know, with a little vision, adaptation to a situation, and the determination of a few, everyone benefits.

Kenyans can renew passports and get new ones without a hassle of having to know someone, queueing for hours, pulling children out of school or lose money in business. That is efficiency. A simple word, but its implications make such a difference;  everyone wins! I wish every sector of the economy was streamlined to meet the needs of the citizens. Imagine just how far we would be as a country?