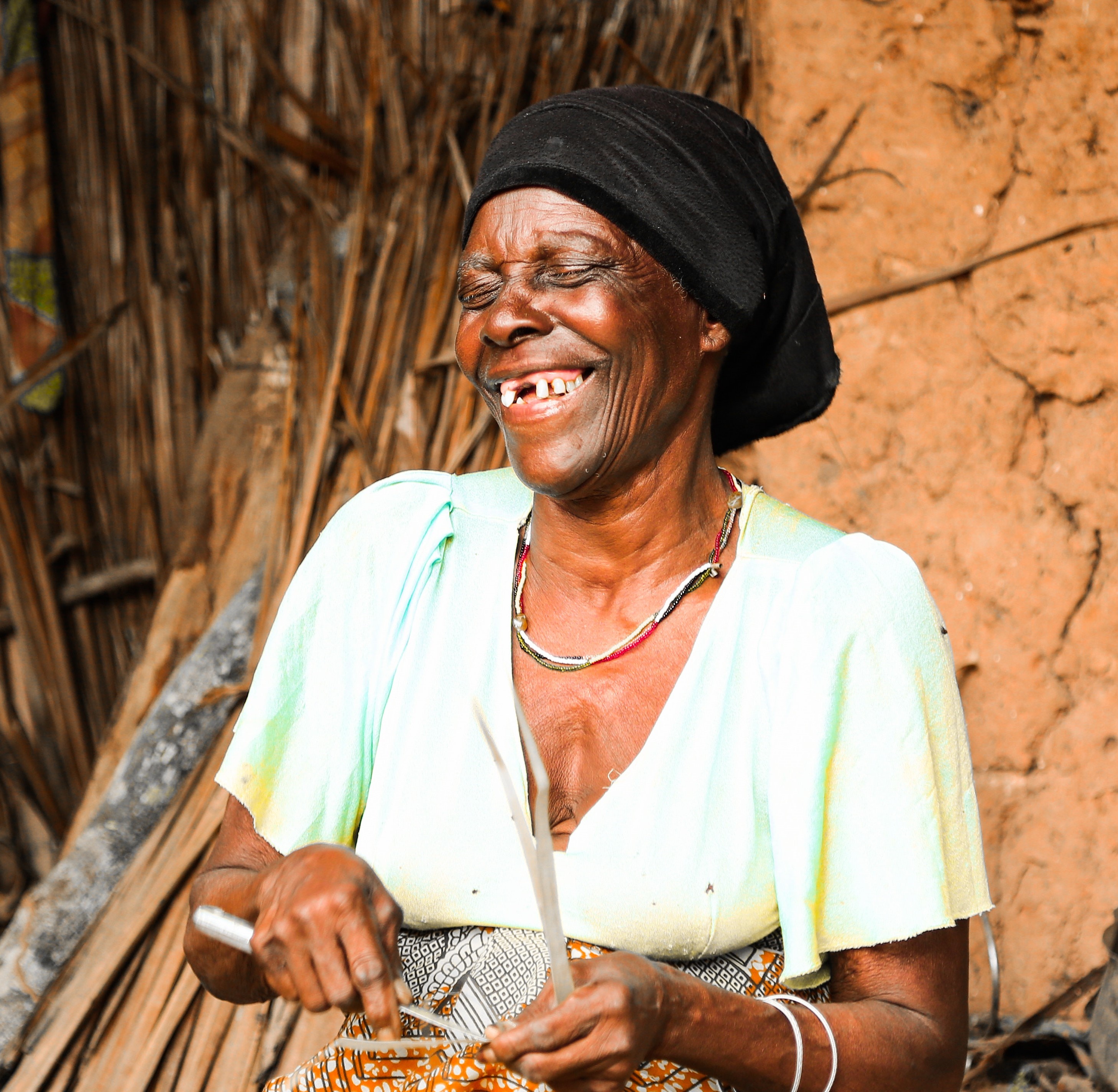 Dana Nereah slowly walked with the guidance of her cane. She waved off anyone who offered her assistance  retorting, “An gi hap yesu!”

She did feel lucky to be alive and walking at 85 years. She was bedridden for a year and walking was a miracle she never wanted anyone to interrupt. She inched along slowly lavishing every step. From time to time she would stop and do a little jig and burst into a song.

What started off with people rushing to have lunch turned into a slow and steady march with Dana Nereah with periodic bursts of song and dance. 10 songs later, as Dana walked through her gate, something darted in her direction. She couldn’t see very clearly with her failing sight until it was about arm’s length from her. She could smell the brown object moving closer to her.

“Lando!”She called out stroking her cow. Her cow was really all she had. She held Lando in her arms when she was born and has since seen the cow birth an entire herd of cattle which was sold off and paid for her treatment, she adored the cow.

Dana slowly walked to the mango tree where she sat to cool down from the long walk from the church. Lando inched closer to her, slowly putting its head on her lap. She stroked it again singing. Her singing was disrupted by the call of Nya Gem.

“E bet Kendi nang’o?”Nya Gem had no idea why her lovely neighbour sat alone with a cow on Christmas day.

“An Kare.” Dana was just fine.

“Be isechiemo?” Nya Gem was worried she hadn’t eaten, and since there was no one at home with her. She assumed she hadn’t eaten all day.  Dana just fanned her away as she continued to stroke the cow and talk to her. Lando lifted her head and bit off some low hanging mango leaves. Dana, picked a mango which had fallen and fed it to Lando now walking away munching away at the fruit.

It startled Dana into a fart. She laughed at herself. She wasn’t the only one laughing. Mary, Nya Gem’s daughter had broken off from the children to visit her old friend. She heard the sound of the fart and burst into a childish fit of laughter. Her laughter was so adorably funny with a very subtle snort she sent Dana into a violent fit of laughter rocking from side to side, crying extremely hard.

They laughed so hard, by the time Nya Gem returned with a hot dish of chicken stew and millet ugali on a tray, she couldn’t hold her laughter in either. She sat down with them under the mango tree in an uncontrollable fit of laughter. After what felt like 30 minutes. Nya Gem quickly said a prayer and together they wolfed their Christmas meal heartily.