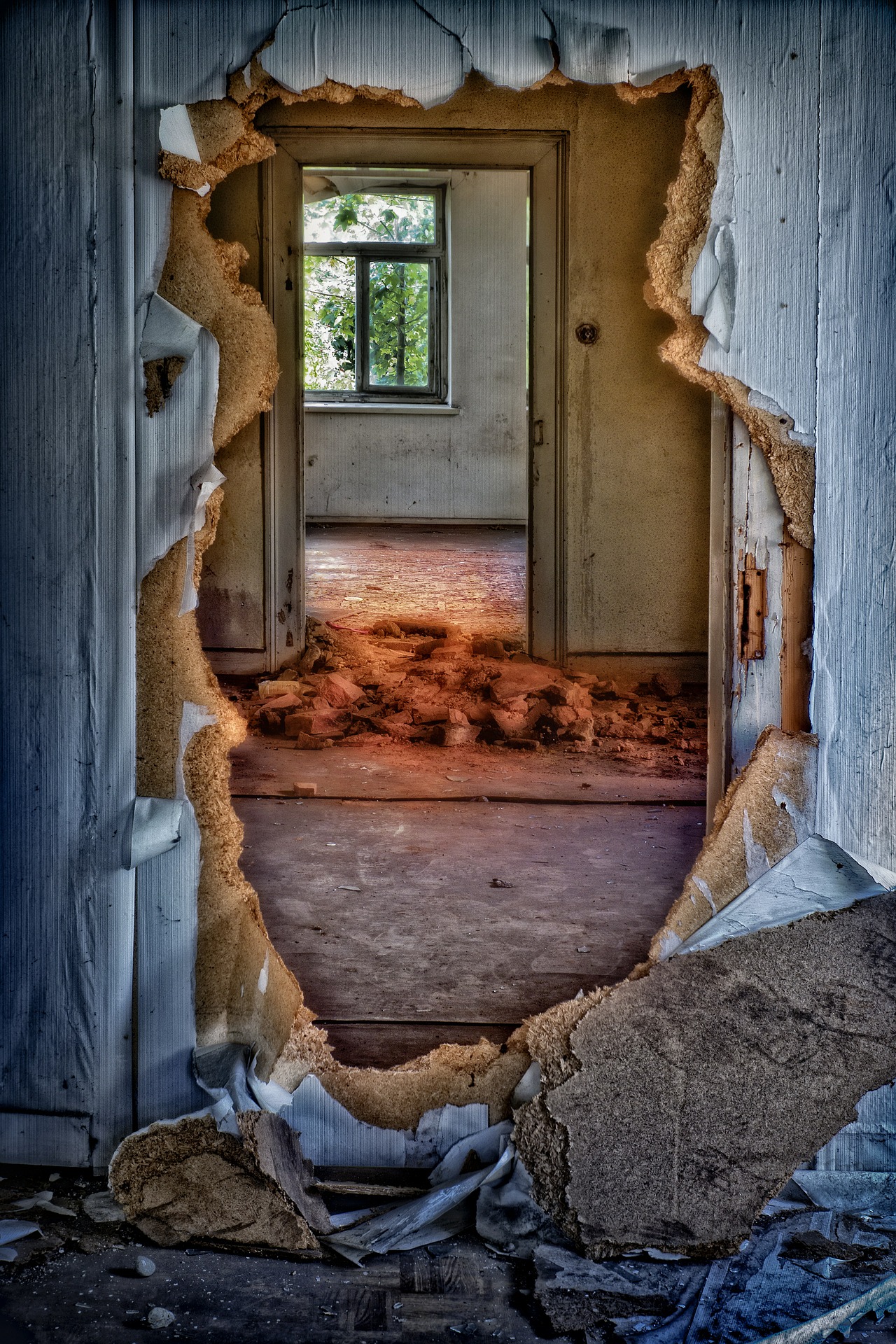 TJ closed her eyes, straightened her back, and took a deep breath in. When she exhaled, her breath hissed out of her mouth with a violent reverberation. Books flew off shelves, a vase rocked from side to side violently eventually crashing to the ground shattering into tens of pieces, bleeding out the water that was inside it.

The dinner table toppled over with all the cutlery, crockery and dinner splattered all over the floor. Windows shattered leaving flimsy wooden frames limply hanging from creaking hinges. The door flung open breaking off its hinge sliding into the corridor. One of the sofas ripped through the walls into the corridor.

TJ opened her eyes to bulging eyes and drooped jaws of her transfixed mother and cousin Lolo. Mum’s weave blown off on the ground in a mound looking like a dead animal, with nothing but a stocking on her scalp, eyeliner streaking down her face now marked with scars from the shards of glass that blast through the room.

Lolo’s flared nostrils, panting heavily, eyes welling up slowly, as one eye twitched, t-shirt smattered with spills from his meal and his crotch soaked in urine, urine still streaming down his leg into his socks and shoes.

Mother blinked several times as if to make sense of her surroundings and steadily walked towards Lolo and grabbed him by the arm and slowly nudged him back to his senses. They quietly walked along the wall, eyes still fixed on TJ and walked through the broken door frame, walked over the door on the corridor floor and quickly ran out of the house.

Finally, outside, Mother heaved and screamed like a banshee almost deafening Lolo. Lolo fainted from the additional trauma. Mother’s hair stocking popped off and her hair stood at its ends as if she had been electrocuted. Her dress bursting open as she crouched and screamed even louder, stirring a wind, leaves on trees started to shake, branches waving violently, storm clouds suddenly gathering, the neighbours quickly rushed into their houses, doors quickly slamming in violent succession.

In a matter of seconds, there was a rush and roar of the rain, Mother stood there, arms wide open, her tongue snaking out of her mouth, longer than a ruler extending itself further and further catching the falling rain her tongue slithering back into her mouth when she had enough.

A roar charged towards Mother and TJ rammed right into her this time spitting what looked like mothballs at her from her mouth. Mother lashed at her with her tongue, missing her with every lash. TJ spat one mothball striking Mother right in the eye, she screamed again like a banshee. The rain roaring, even more, streets turning in to rivers as the few brave neighbours risked to watch the mutant battle between Mother and offspring through their windows. Lolo was out cold, with the water levels rising, the water was now tugging at his body.

Mother screamed like a banshee again directly into TJ’s ear, blood-spattered from her ear, sending her into a blood-curdling howl. She fell to the ground grabbing her ear. Blood oozing between her fingers, she looked up at her mother and says, “All I wanted mother was your love, I never asked for anything else.”

Mother’s mouth was wide open ready to scream again, but she choked from the air in her throat. She felt suddenly suffocated from the shock of her daughter’s statement. She fell to the ground by TJ’s side and wept.

The rain stopped, the wind calmed and the sun was back up in the sky warming the earth once more, as mother and daughter held each other in a mound of tears.