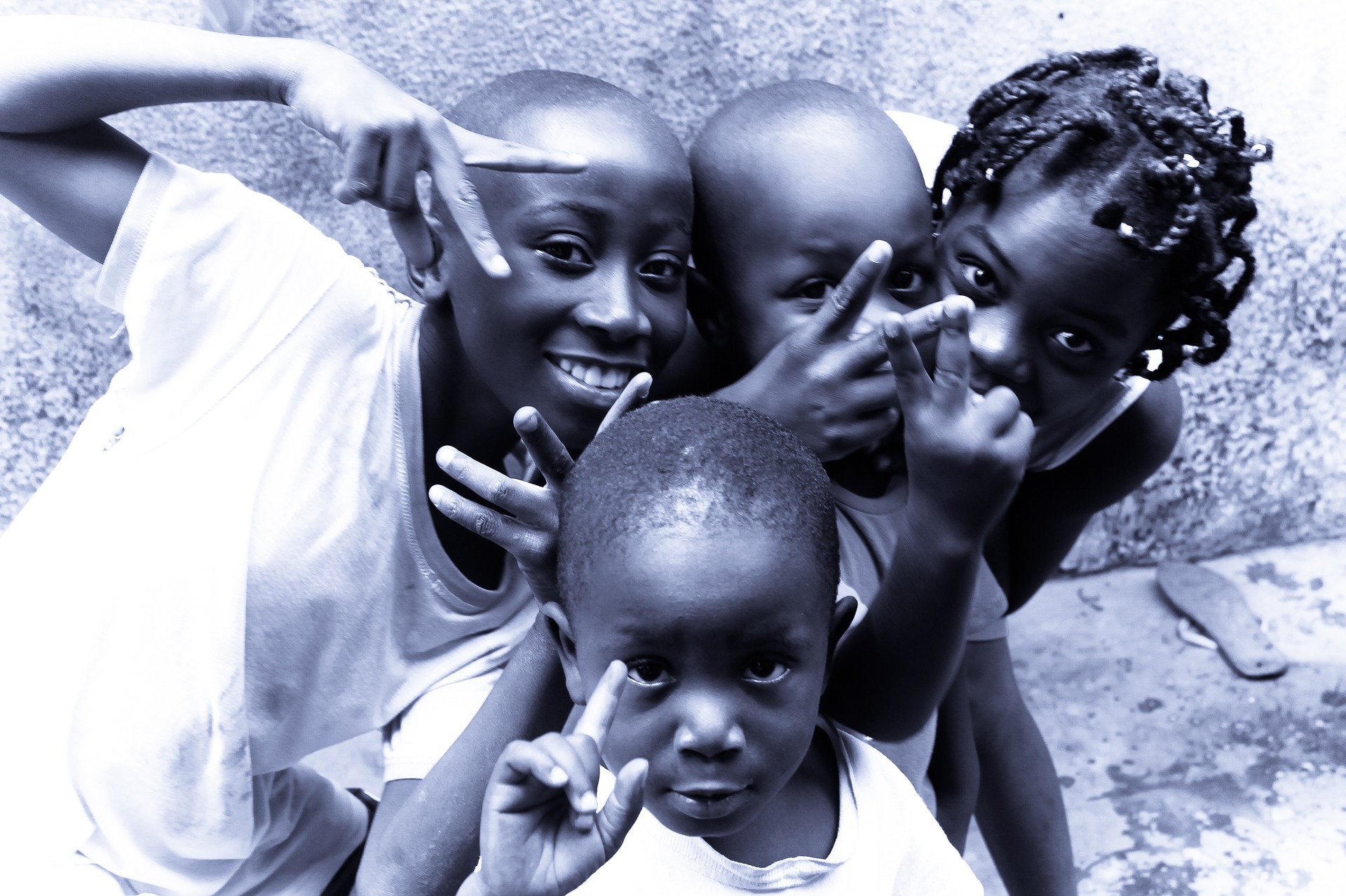 “SHINE BRIGHT LIKE A DIAMOND!” Jane yelled at the top of her lungs.

“SHINE BWIGHT LIKE A DYMON!” Little Anna echoed her sister at the top of her lungs. Other children zoomed past them on their bikes screaming from pure joy. Others trying to play kickball in the midst of the madness.

School was closed and the two month holiday had began! Adhiambo was in the corner bossing a few kids forcing them to play hide and seek.

“How are we going to do that, the places to hide are so limited.”one child bickered.

“Use your imagination, or do you not have one?” Adhiambo retorted sarcastically. “I will start, the rest of you run and hide.”

As Adhiambo turned to tuck her face behind her hands leaning on the side of the apartment wall, a ball hit on her leg. She screamed, opening her eyes yelling at who she suspected had kicked the ball in her direction.

“Sorry, it was an accident,” the little boy uttered remorsefully as he picked the ball and ran to the other side of the apartment block.

The kids were in such a small place, trying to play so many games, they were limited to an 18 ft by 19.5 ft space which could fit about three cars. The children had no place to play in the neighbourhood, no parks, the spaces which they were to play in had been grabbed and built on. Piles upon piles of flats had been built each new building competing to tower over the next, no greenery, aside from the few untamed shrubs outside some gates, and one school playground, it was mostly bad tarmac roads and tall grey flats.

For the kids who tried to play outside the gate, many risked being hit by the zooming cars and motorcycle taxis outside.They were stuck. But Adhiambo had, had it, she wanted to go outside, she wanted the grass and greenery of her school the wide-open spaces she was used to playing in during the school year.

“Let’s go and play outside where there is more space,” Adhiambo stated.

“But we are not allowed to play outside,” Jane retorted. Adhiambo frowned crossing her arms. She dashed to her apartment on the second floor. About a minute and a half later, a door slammed and the sound of jingling keys was heard. Adhiambo marched right to the gate and unlocked the smaller pedestrian gate, she pulled it open and turned back at the staring kids.

“Are you coming or not?!” She barked at them.

The boys quickly hopped on to their bikes and sped out, the girls continued singing as they marched out. The crew playing hide and seek with Adhiambo opted to continue in the compound.

“After all, hide and seek, does need places to hide,” Jeremy said with a smirk. The others smiled, they were tired of Adhiambo bossing them around.

“Fine!”Adhiambo retorted as she banged and locked the gate. Just as she was about to issue instructions on road etiquette she had learned from school, a motorcycle taxi zoomed past them kicking dust in the air. They all coughed, someone started to wheeze, and Adhimabo quickly yelled.

“You better have your inhaler if you are coming with us!”

Jane quickly pulled the child wheezing to the gate and asked Adhimabo to let him back in,

“We don’t want to get in trouble because someone fell sick right,“ Jane said to Adhiambo as she gestured for her to open the gate. The poor child was let back in and the gate was quickly closed behind him to stay and play with the rest inside. The sound of wheezing disappeared behind a banging door.

“All of you on bikes hop off. You will walk with everyone else because we are holding hands. No one gets lost and no one gets hurt. We are going to my school, it is a short walk but there are lots of roads and cars, we need to be careful. When we reach the main roads, make sure you look left, then right, then left again.”

The kids on bikes sped off leaving the rest behind. Adhiambo was exasperated that they didn’t listen. She looked at Jane, Jane shrugged her shoulders.

“Ok, grab the hands of the person next to you, we will walk in twos hands held, the younger ones at the front.”

Brian snickered and yanked one of the girls ahead of him, who fell to the ground with a squeal.

Brian said nothing, he just ran ahead of the rest to the main road and waited. The rest followed walking briskly to where Brian was. Jane smacked him in the head, “You could have got yourself and someone else hurt. That’s selfish.” she yelled at him.

The boy shrugged his shoulders unapologetic and pointed in the direction of the school about 300 metres from where they were. They could see the other boys riding their bikes gleefully in the compound. Brian’s hand was quickly grabbed by Adhiambo.

Just as they held hands to cross the road, out of nowhere, Brian broke free and ran laughing hysterically towards the gates, a motorcycle taxi had just dropped someone and was making an illegal turn and sped towards the next lift, Brian was too close.

The children screamed, as well as some adults standing by, a shoe flew off, Brian hit the tarmac with a thud, blood oozing out his nose. Several adults ran to his side, one man lifting him in his arms gesturing for a bike to rush him to hospital. The remaining mob dashed and began to pummel the motorcycle taxi rider who hit him.