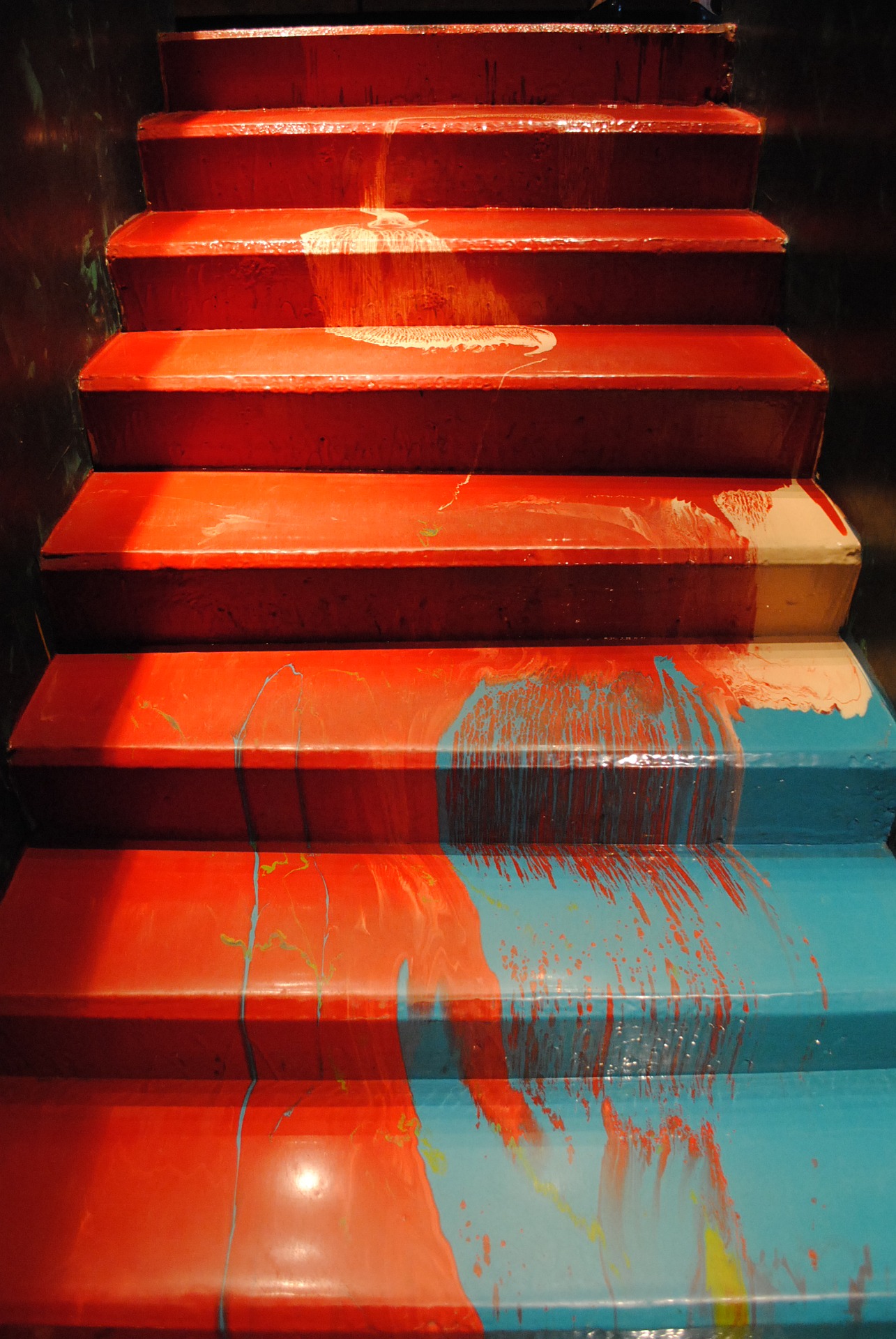 Benjamin walked from where he was smoking a cigarette, crushing the embers between his thumb and index finger flickering what was left to the ground.

“Shika!”He called out to Musa who reached down, Musa raised the tin over his head tip-toeing slightly as Musa grabbed the handle of the can, placing it on the top cap of the ladder.

“Paintbrush!” Musa called out pointing at one specific brush at the centre of those arranged on a mat on the ground near the foot of the ladder. Benjamin fumbled a bit almost keeling over as he picked the brush.

“You were drinking again this morning before work weren’t you Benja?”

Benjamin shrugged away Musa’s enquiry and steadily walked up the ladder midway handing Musa the brush.

“The work we do here man may be seen as simple Benja, but one small misstep and we can hurt ourselves very badly. Unakumbuka Moraa?”

Benjamin shrugged his shoulders as he walked down the ladder, everyone knew Moraa’s story. He was one of the best painters in the business, with a really bad drinking problem. One day on the job he was so high he painted an entire office with the wrong colour and keeled over the ladder free falling to the ground and was paralysed for life. No one took chances painting drunk again, except Benja.

Since he was paired with Musa, Musa just never let Benja paint which frustrated Benjamin, who really enjoyed being up in the sky towering over spaces as he did what he loved. Today Benjamin had arrived reeking more than usual and Musa just wasn’t going to risk their work and life.

Benjamin was getting tired as the day wore on, the heat was pounding on him and he was reduced to an errand boy. Musa was the artist putting finishing touches on the client mural on the wall. The sun was now overhead and Musa was also feeling the heat.

“Twende lunch bana! Njaa!” Benjamin called out. Musa was hungry too and off they went for lunch taking a break from the sun. Musa reached into his bag and grabbed a large bottle of water and some pills.

“Painkillers?” Musa inquired sarcastically. Benja popped a few and gulped the water almost to its completion in the bottle.

“AAAAAAAAAAAAAAA!” Benjamin exclaimed in pleasure, patting his potbelly. Musa smiled shaking his head as they walked into the restaurant. As they leisurely ate their Chapati madondo at the usual place, Queen Esta Palace, they didn’t realise the truck was unlocked.

On return, belching and happily chattering, they realized something was off.

“Tumepotea nini?” Musa exclaimed he wasn’t sure if they took the wrong turn when they left Queen Esta’s.

“Do. Do. Ni hapa, lakini, Gari iko wapi?” Benjamin was trying to place where they parked the truck which had the finishing paint, the ladder and client’s building sign they had pulled down.

“Wait! Benja, we have been working with the truck open all morning?”

“Yeah, Kwani, we work like this all the time?” Benja shrugged.

Musa couldn’t control himself, his bag was in the car with his hospital bill cash he had fundraised from friends to get his wife out of hospital after a complication in surgery. He spewed expletives at Benjamin. Who dismissively responded,

Musa’s wife was on life support and one extra day without the payment literally meant life or death. Musa screamed again and rammed headfirst into Benjamin’s belly wrestling him to the ground pummeling him relentlessly.