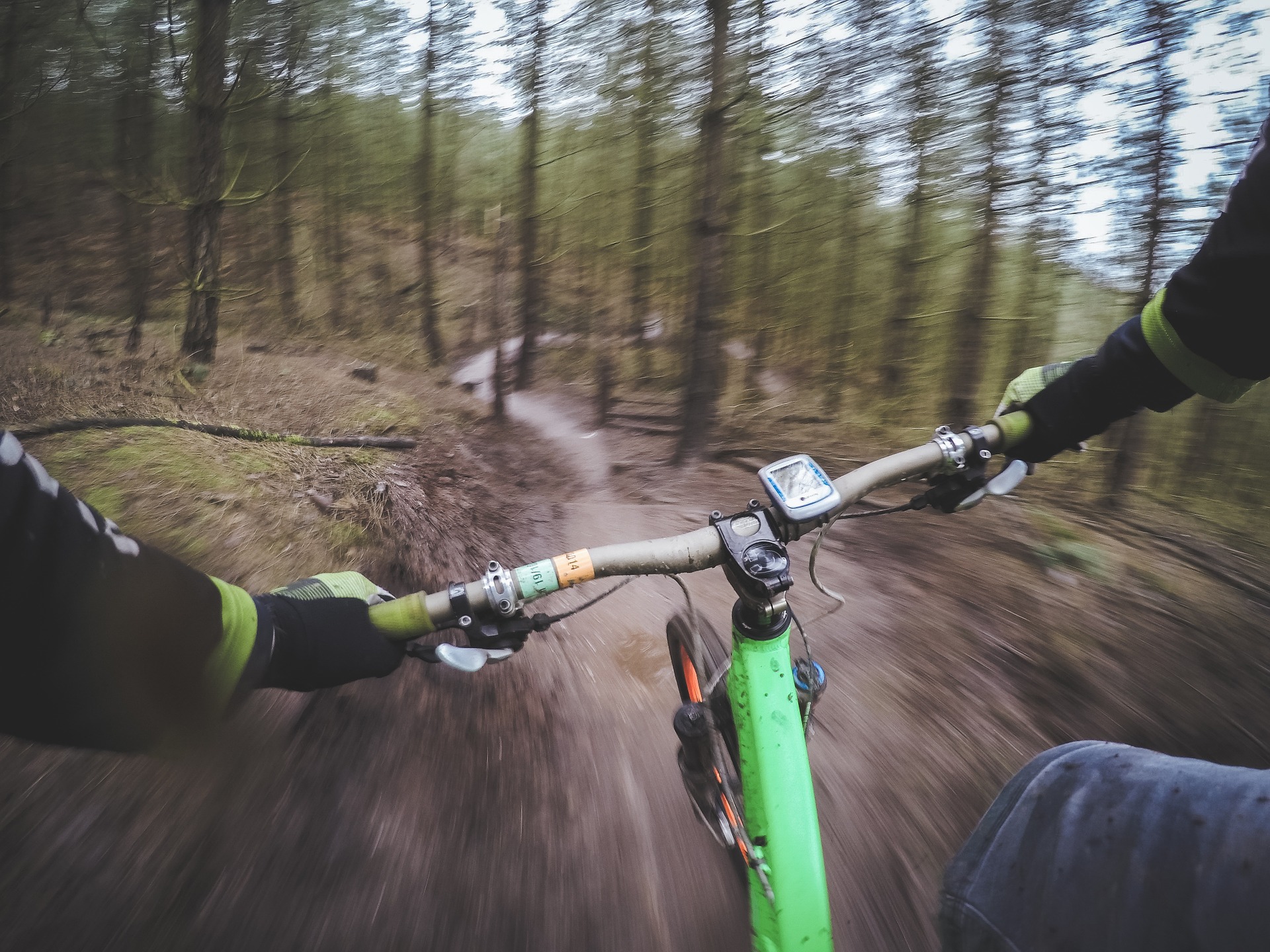 Eddy was whining again, Mary just wasn’t having it this time. He had fallen off his bike again and Mary was tired of constantly having to toss him back on again.

“What is wrong with you? This is meant to be fun, I am out of here!” Mary picked up her bike and just as she was about to hop on and ride away Eddy dashed in front of her, arms and legs spread eagle.

“Eddy get out of my way! We have been here all morning and you have completely refused to learn how to ride your bike. If you didn’t want to try you could have just told me, we wouldn’t have bothered to come all this way!” Mary barked.

“But…it’s not that I didn’t try…” Eddy stuttered.

“What is this?” Mary shook her handlebars from side to side, flinging her head back imitating what Eddy was doing earlier. “Who have you ever seen riding a bike like this Eddy, that wasn’t trying that’s just mocking what I am showing you.”

“I am sorry, I did try a few times and I have a grazed knee and elbow to show it,” he pointed at the injured spots as he spoke.

“Eddy this is a waste of time, you tried a few times and then whined as you got up like I was forcing you. This is learning how to ride a bike. It is meant to be fun. But since you seem completely unbothered to try. I am leaving. Bye!”

Mary hoped on to her bike and rode out of the park and through the forest.

“Mary! MAAAARRRRYYYY!!!! Don’t leave me here alone!”Eddy called out to his sister as she rode off.

“THEN FOLLOW ME ON YOUR BIKE EDDY!” Mary yelled as she rode away, getting smaller and smaller in the distance as she rode further and further away.

Eddy looked at his bike, walked to it and hopped on, wobbling to get balance with his training wheels still on, he was determined to follow his sister. Not because he wanted to prove her wrong that he wasn’t a serious learner, he just didn’t want to be alone in the park.

Eddy was 9 years old and always acted macho in the house, imitating his favourite wrestlers on TV, picking up pillows and thrusting them into Mary’s face. Always punctuating the action with, “I.AM.THE. MAN.” Mary was 14 and couldn’t care less. Her brother in her own words was “annoying and immature”.

Today, Eddy knew he had to prove himself “THE.MAN” or else Mary would taunt him in school every time she saw him. So he mustered the courage and with a wobbly start began to pedal his bike. The training wheels leaving a trail behind as he weaved and bobbed past families and dogs playing in the park. He finally made it to the edge of the forest with less than a few metres to go.

“MAAAAARRRRYYY!!! Look, I made it, I did learn how to ride my bike, look!” He called out thinking his sister would hear him and turn back. As he inched closer to the edge of the forest on to his neighbourhood street, he pedalled faster and faster.

Just as he emerged on to his neighbourhood street arms raised victorious, he heard laughter and applause. He saw Mary and her friends. He hopped off the bike yelling with excitement. Mary snapped a picture with her phone as Eddy flexed his muscles proving he was “THE.MAN” after all. But he didn’t quite understand why people were laughing at him and the applause had stopped.

Mary pointed at his crotch laughing, “You are THE. MAN after all!”

When Eddy looked down, he realized out of initial fear he had actually peed in his pants. He clasped his face in his hands, hunched over and walked away as Mary and her friends pointed and laughed at him.