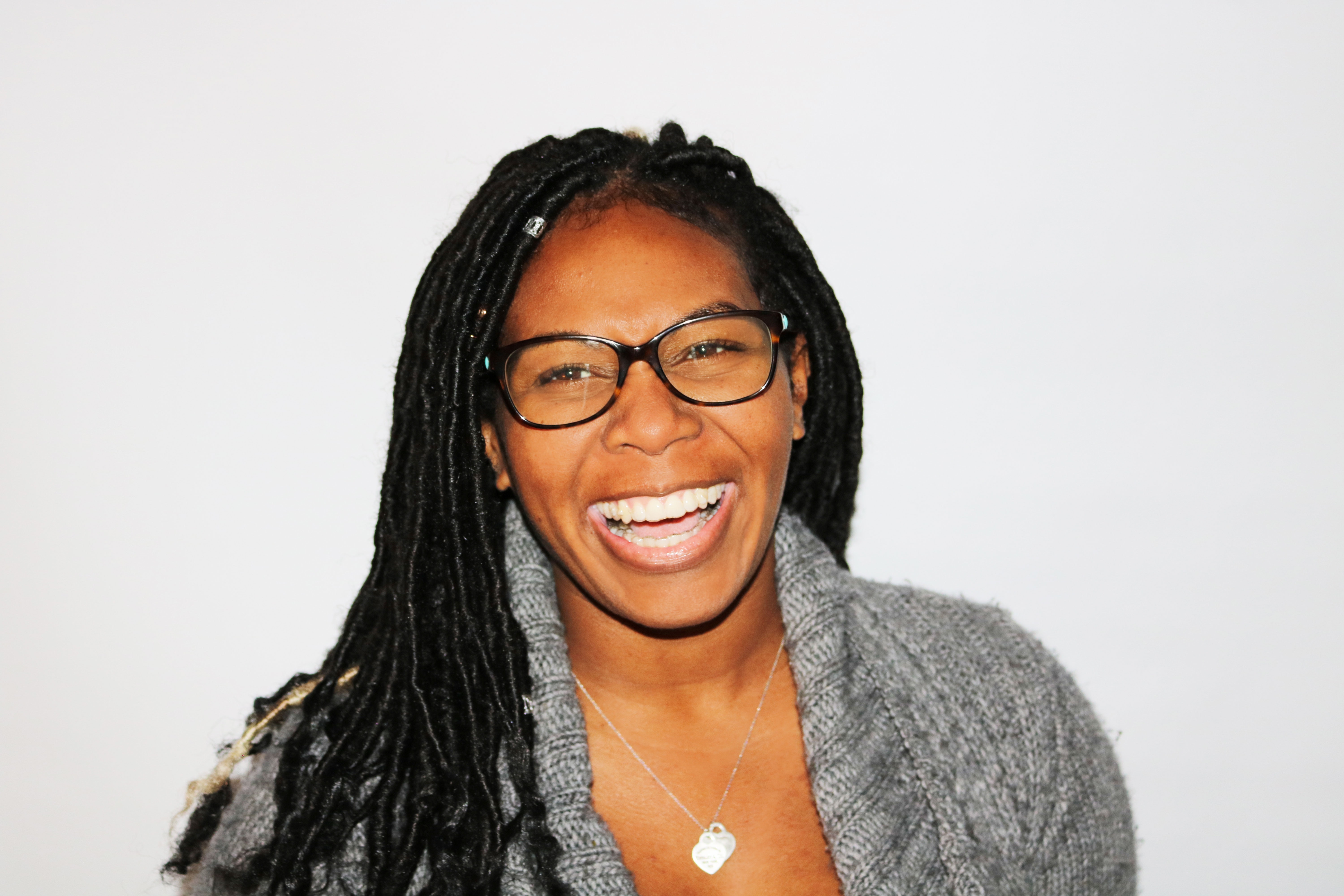 Bella reached out her little fist to knock on the door. Just as she was about to knock she heard a thud, which was rapidly followed by the sound of a clap. She paused for a minute and listened in. She heard the thud followed by a clap again, after a minute or two she realized it was a rhythm of some kind. She couldn’t figure out what could make the sound. She knocked on the door.

“Come in,” her Aunt Becka called out in between the thud and clap. Bella pushed the door open, squealed covering her eyes as she slammed the door shut. Her eyes began to tear, was it a bad gas, did something enter her eye? Lucy was on her way to her room and bent down to see what was wrong with her little sister.

Lucy opened the door and screamed, and yanked the door shut. Bella was now giggling, her giggling got Lucy giggling and they ran downstairs. The thuds and claps continued from the room as Aunt Becka called out!

“Girls! Girls! Girls? You can come in now, nothing to run away from.”

Lucy and Bella burst into the kitchen laughing, sending Mum smiling and soon started to giggle. “Girls, anything you’d care to share?”

Bella shrugged her shoulders and cheekily looked at Lucy who laughed, and blurted “Mama! Aunty is crazy!”

“What did your Aunt Becka do now? Yesterday you laughed at her for slurping tea from the saucers, and her funny expression drinking some awful herbal medicine from Dana. What is it now?”

Bella was hysterical, Lucy managed to muster, “You need to see this to believe it, mum,” bursting into a fit of laughter again.

OK, girls, set the table and call your Dad and brother, let me get your Aunt Becka for dinner. As Mum climbed up the stairs she could hear the smacking sound and the thuds on the floor.

“Becka! What are you doing? E iro nyithinda?” She said playfully, of course, she knew her sister wasn’t bewitching the kids.

“Becka! Yao thot! Time for dinner!” She slowly opened the door to see Aunt Becka in all her glory drenched in sweat wiping herself down.

Mum roared with laughter and shut the door behind her.

“Have you never stopped these childhood shenanigans? You are old, how do you exercise without a bra? And without clothes, you used to do this when you were 10! After 6 kids, those breasts have a low self-esteem and need a confidence booster some of us call bras to maintain what’s left of their elasticity! Becka Yawa! And you invited my children in to see this horror?”

“But we are all girls!” Becka chuckled sending Mum into a fit of laughter.

“No we are not, your nieces; Bella and Lucy are girls, you are droopy and old.”

Mum flung at her with a towel hitting her right on her derriere. She squeaked. They both laughed.

“Ey! Dinner’s getting cold get dressed and come and join us! Becka! You are still mad!” Mum called out as she left the room heading to join everyone downstairs laughing. Bella and Lucy burst out laughing as they heard Mum.

Becka followed quickly in a lovely floral dress sticking her tongue out at everyone.

“I don’t even want to know,” Dad said shaking his head playfully sending everyone into a fit of laughter.