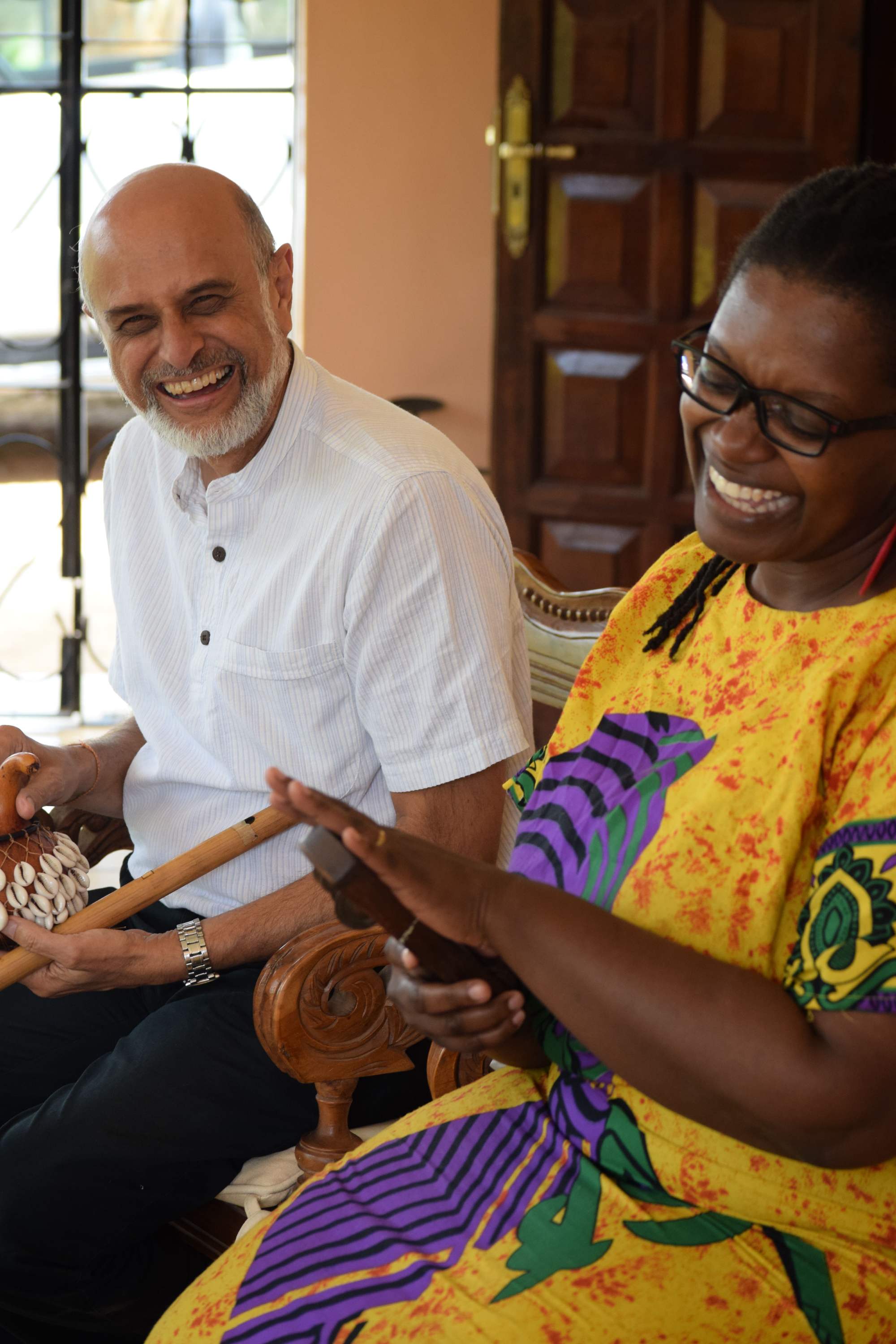 This year I purposed to engage myself more in cultural events. I have never really been the concert going person, but there are tonnes of other things to attend, it was all about finding them.

I had a conversation with my friend Kirit about this and we started talking about a band he is in called Daraja. Daraja means bridge in Swahili. Why the name Daraja? Their music is a bridge from one heart to another.

I spent a bit of last Wednesday afternoon with this amazing band for rehearsals. It kicked off with a delicious meal at Kirit’s. Folks, let me tell you! Nita, Kirit’s lovely wife, was the bomb dot.com. The food was to die for. Man I love Indian food!

After the delicious meal, we dove into some great music from the Band. What I love about their melody is the infusion of so many cultural sounds. There’s the African Djembe drum, shakers, an acoustic guitar and an Indian classical flute. It is such a beautiful fusion. Not all band members were present during yesterday’s rehearsal. Some were away for work and on tour. I hope I will be able to catch them all during another rehearsal. I can’t wait to hear how the sound shifts when the Tabla, the classical Indian drum and Nyatiti, an eight string lyre from the Luo community are part of the harmony.

Fezi’s soprano and Dan’s tenor fuse beautifully as they sing in Xhosa, and Zulu part of Fezi’s Southern African heritage. There were other songs in Swahili, Luo, Kikuyu and English all fused together to make a powerful melody. CJ has an interesting flow of his own shaking his baby dreadlocks to each song. Steve is the quintessential guitarist, whose shoulders occasionally flick up and down when the rhythm moves him, most of the while just bobbing his head. Maich is the cheeky Djembe drum player; he makes goofy faces and trades sheepish smiles from time to time as they play. He is occasionally tapped with music sticks by Dan to focus from time to time.  It’s quite a hilarious sight.

Their individual sounds are so different. But when they get together the sound they make is like a well cooked meal; all the right ingredients, in the right proportion and colour and taste.

“When will the album be out?” I demand in between songs.

Weekly the team shares their gift with children from less fortunate backgrounds; children living with Cancer at the Kenyatta National Hospital or children living with Cerebral Palsy at Dr Ribeiro Parklands Primary School. At each session with the children, they are witnessing a steady transformation emotionally and physically with musical therapy and dance.

What Daraja is doing with their music is more than just creating a powerful sound; they bring life with every song they produce.

They say they have at least two albums and “some” worth of music to share. I hope and pray they will release their debut album or EP sooner than later.

If you want to hear Daraja, here’s a little teaser I shot rudimentarily during the rehearsal yesterday. But you can also reach out to them here to book them for a show or just see what they are up to!

Let me leave you with a teaser of the great Daraja Sound!