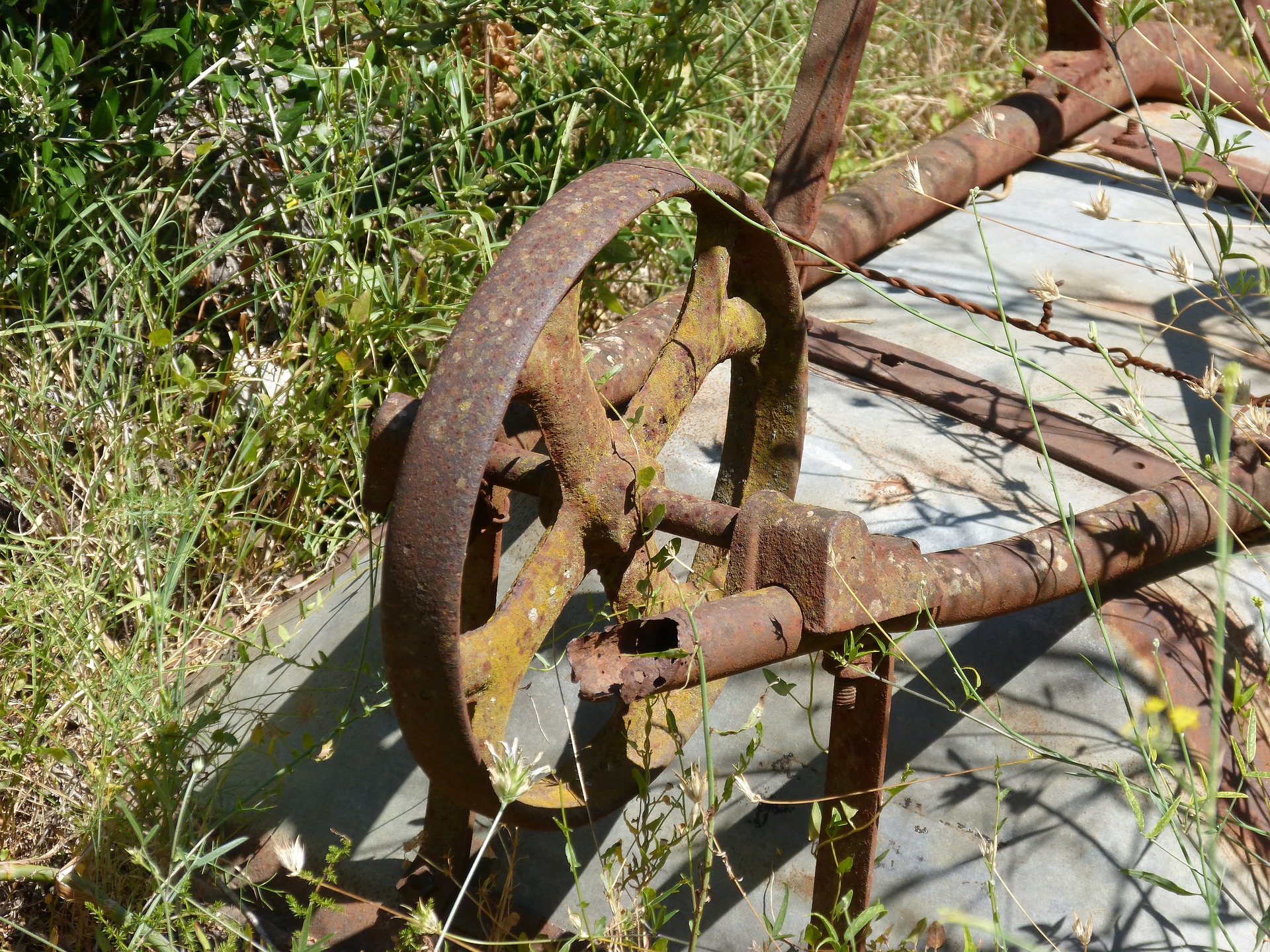 The wheels spun wildly as Mutiso sped down the hill. Mutiso’s bare chest leading the way pressing against the gushing breeze which seemed to harden his abs, defining a neat six-pack on his sinewy frame. His dirty and faded green trousers, torn at the knee, flapped widely only held together by a sisal rope serving as a rudimentary belt.

“Screeeeeeeeeeeeeeeeeeeeeeeeeeech!” Mutiso’s faded yellow crocs worn from serving as breaks managed to work once more without burning Mutiso’s already singed and cracked heals. He had finally reached his destination. Panting violently and sweat drenching his frame he lowered the front lever of the handcart to rest the luggage-laden rear carrier, on the ground.

Market vendors flooded round the carrier some trying to remove the vegetables, squeezing the more fragile in the process. Mutiso was trying to catch his breath. He had told the vendors time and again to give him a few minutes to recuperate before they swarmed the carrier and ruined the delicately packed vegetables.

Mutiso still panting raised his hand and a loud clap was heard. For a moment the buzzing stopped and people sought the source of the sound. A young man, Waruinge was holding his cheek wincing. His face had fellowshipped violently with Mutiso’s hand. Waruinge was in a daze. Before the vendors had time to pour themselves on the carriage again, a double clapping sound was heard. This time it was Macharia, he was holding both cheeks. He was stunned.

Slowly the other vendors began to ease towards Mutiso.

“Oya! Wacha ufala bana, unadhani we ndio kila kitu?” Another vendor spat out in rage. Of course, Mutiso didn’t feel he was the kingpin of vegetable delivery to the market. But he was fed up of the callousness and nonchalance vendors operated with when they ruined half of his vegetables and refused to pay for the damage. Today was the last straw, no more.

Mutiso was tired of being taken advantage of. He wasn’t a minion; he was in business just as much as these vegetable vendors in the market. They needed to respect his trade. Soon enough he was in the centre of the mob. He was shoved around, initially the faces were familiar, as the crowd grew bigger the faces started becoming unfamiliar, violent opportunists were there for blood.

The cart was now far away, people were pilfering his goods; he wouldn’t get paid. Mutiso realized what was going on, he raised his hands in surrender, and he fell to the ground. His chest pulsating, then another, and another, he was being pummeled.

“Mwizi! Mwizi! Tumpata Mwizi!” And just like that Mutiso turned from a frustrated businessman to an alleged thief in seconds. Out of nowhere, he felt something crush his groin and he moaned in agony. Eyes swollen shut from the beating. Everything went dark, all Mutiso could here was yelling and noise, which was slowly fading away, far into the distance.