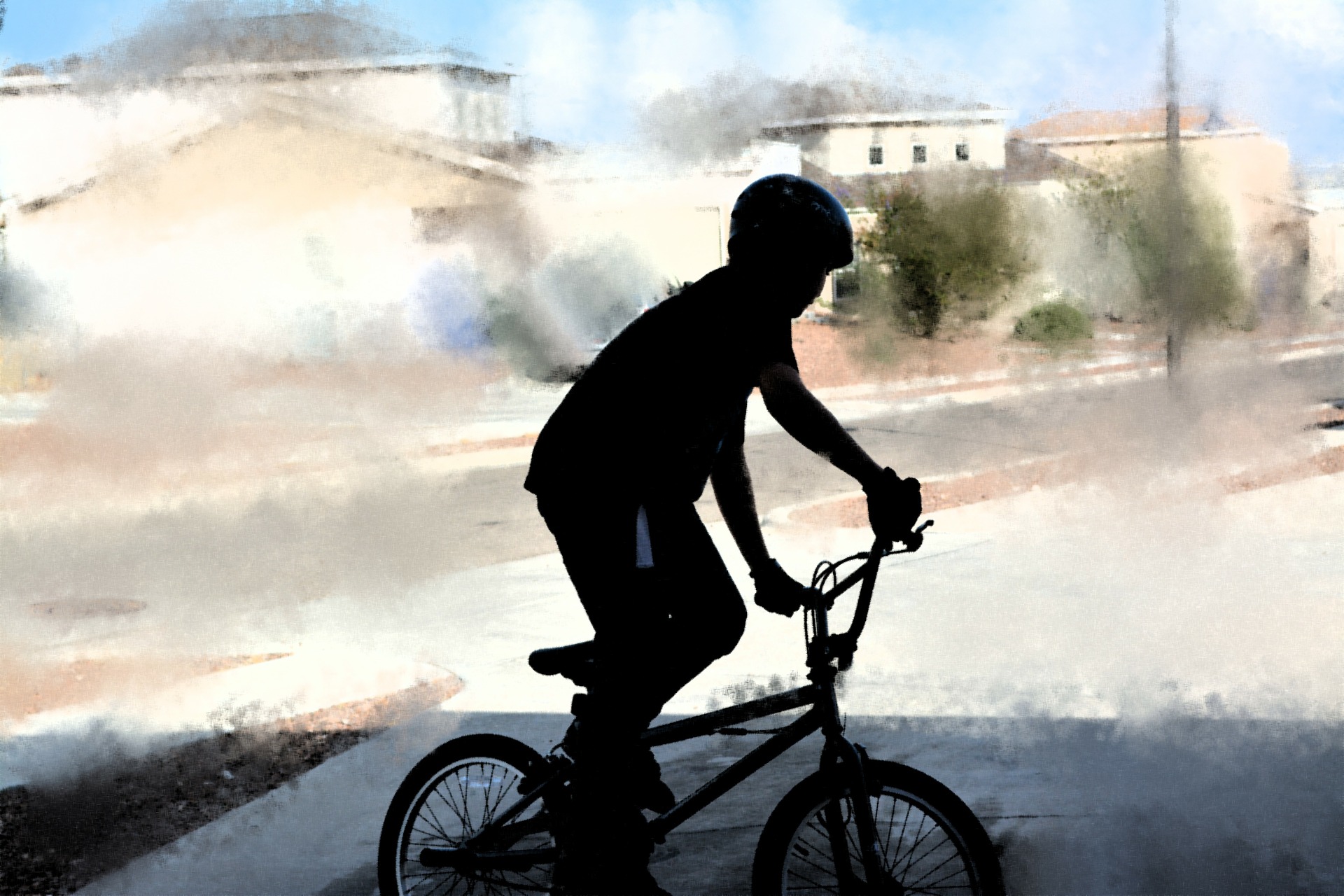 Muli was thrilled, he had just turned 11 and got his first bike, it was a BMX. And boy could that bike move! He had received a BMX stunts magazine and he was in love. Muli was the envy of the neighbourhood kids. He had just wrapped up breakfast that Saturday and was allowed to play outside.

It was a warm August mid-morning. Muli had been riding his bike in circles around the pine tree. He attempted a few stunts and almost toppled over. His mum yelled from the living room where she had been watching him.

“Muli! Muli! Wewe! Wewe! Don’t you try that! In fact, where is your helmet?” Her index finger pointed straight at him.

Muli quickly hopped off his bike and grabbed his helmet. He knew that look his mum gave him when she ‘inquired’. He was getting bored, riding around in circles.

“Muli! Muli! Muli!” a voice called out playfully and persistently. Muli looked through their hedge and saw his friend Vincent. “What Vinnie?”

“Want to go ride elsewhere? My mum said we can go close by, like the park near Oti’s place.”

Muli opened his mouth about to say yes, then he turned back facing the direction his mum was seated. “Wait a minute.” He gestured with his hand, dropped his bike to the ground and ran into the house. Immediately he got into full view of his mother, his hands went straight behind his back.

Muli smiled sheepishly at his mother’s playful glint in her eye. She knew exactly where this conversation was going.

Muli grabbed his mother’s hands with his tiny ones, “Can I? Can I go and ride with Vinnie and Oti? Pleeeease? Pretty Pleeeeease. I promise to be safe.” He smiled as he knocked his helmet bright-eyed.

His mother smiled and nodded. “But I need you to be back here in two hours.”

Muli dashed out as he looked at his watch. “Got it!”

In no time the gate was swinging shut and laughter and spinning bicycle chains could be heard whirring in the distance. Vinnie and Muli found Oti by the road; they had no intention of cycling around the neighbourhood. Ngong town, about 10 km from where they were, was the destination. The boys fastened their helmets, got their reflectors on and the chase began. The fun had just begun but was soon about to take an ugly turn.