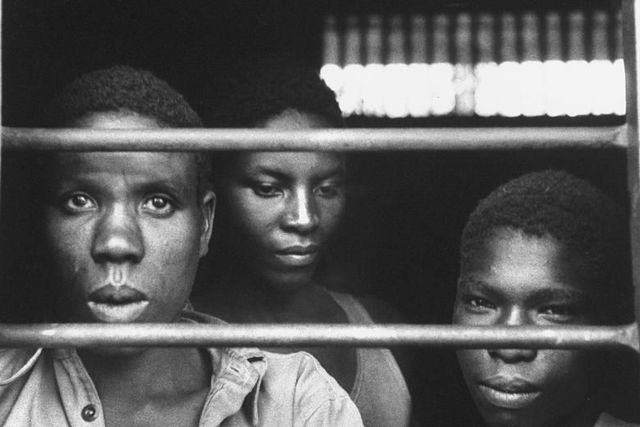 The last candle had just been blown out. And Mr. Williams was walking to bed. As he steadied his bedroom door open, he heard a creaking floorboard and paused at the door, he listened intently for a few minutes, silence. His wife turning and sighing in her sleep disrupted his attention he walked to the bed. As he inched off his slippers, he seemed a bit unsure, something just wasn’t right.

He pulled out his rifle from the wardrobe and tucked it into bed with him; something was going to happen tonight. He could feel it. About three hours later, in the dark of night, the floorboard creaked again, not as weighty as before, but with more of a slight almost fluttering sound. Mr. Williams was dead asleep.

The footsteps inched toward Mr. Williams bedroom door, shadows cast by the bright moonlight of shuffling feet could be seen pacing beneath the door. Mr. Williams happened to turn in his bed and mumble slightly. The feet at the door stood still, the shuffling came to an end.

Then suddenly the bedroom window above Mr. Williams head was opened. A slight wind whistled in causing him and his wife to reach for the blankets to fend off the cold. No one awoke.

A machete blade glistened through the window as it drew closer to them. The hand was steady, it was sure, yet so supple and young; it was Macharia. The little boy, who just a few hours ago, received his chore list for his next day of work.

Macharia inched through the window and slithered to the bed. And with both hands clasped together on the machete’s hilt, he raised his arms above his head taking a deep breath lifting his poise and swiftly cut through the mosquito net and made a clean cut of Mrs. Williams head. A thud and a rolling pitter patter sound awoke Mr. Williams. He opened his eyes and swiftly aimed and with an explosive sound, Macharia’s head was blown off.

The shuffling feet broke through the door as Mr. Williams came to terms with what he had just done, the blood splattered mosquito net was moved aside to give him a clearer vision of what had just transpired. “Macharia?” The group of 5 youth wielding machetes ran through the door straight for him yelling.

“Boom! Boom!” Mr. Williams was a good aim, two were down and finally a third before the last two managed to pin him down. First they pulled down his trousers and castrated him.

“This is for poisoning our sister with your blood.”One man said.

Mr. Williams screams pierced through the night. Lights in the neighbourhood went on almost instantaneously. The surge of the Mau Mau was building and the retaliatory attack of the Mau Mau to the British colonial government’s torture and killings was steadily rising. Families of Colonial administrators were constant targets.

“And this is for our brothers you killed.” the other man spat.

And with that, one last splatter of blood splashed across the wardrobe, Mr. Williams was gone; the mission was accomplished. These young men weren’t the Mau Mau, they were young men who had watched Mr. Williams allow British administrative staff rape and defile young women before the eyes of their bound fathers and brothers. Retaliatory attacks had begun and there was no sign of quelling them.