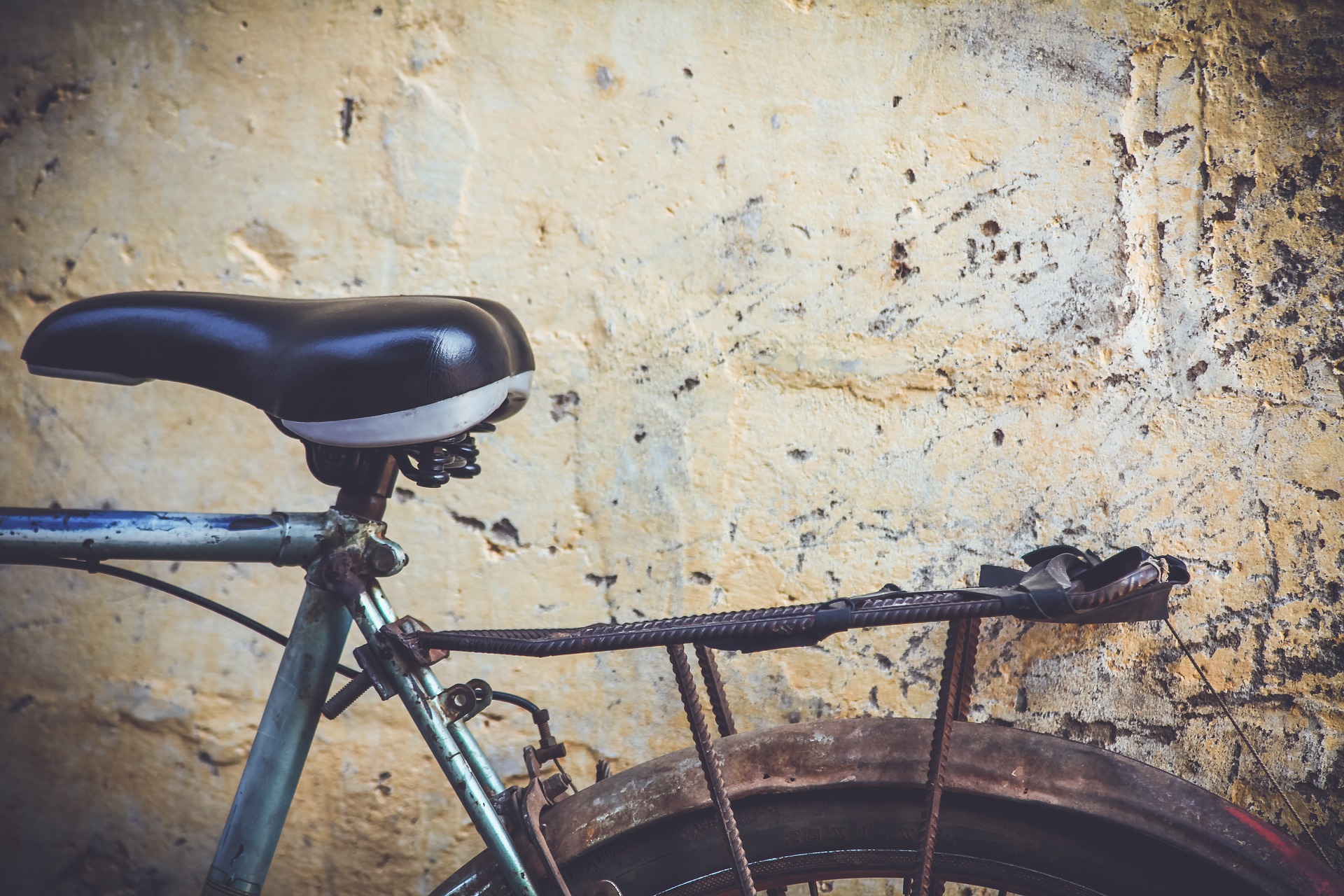 Billy and his friends were riding their bikes outside, they had ridden around in circles around the apartment block and they were tired.

“Let’s go over to Kinyua’s”, Collo suggested. The boys looked at each other, there were some non-committal shrugs, other’s nodded.

“Come on! What are we doing here? You sisters can…” Ochieng’ was cut short by Norah, his sister.

“You sisters can…can what?” she barged in.

“Go home Norah and tell on us like you always do! Every time you are around, there is nothing but trouble.” Ochieng ‘ retorted.

“You are one to say that! Look! You are out here and you didn’t wash the breakfast dishes like you were supposed to before you came out to play.” Norah snickered.

Ochieng’ sneered at his sister.

“I won’t cook lunch if you don’t do the dishes.” Norah said quite matter of fact.

The other boys began to snicker as they slowly pulled away. Ochieng’ stood and stared at Norah who had a smug expression on her face. He knew she would tell on him not just for not doing the dishes, but for his planned adventure. The last time the boys went cycling to the outskirts of town they got in to big trouble.

Ochieng’ looked at his sister one last time and furiously yelled, “FINE! You win, this time,” and he went straight back to the house to do his chores.

Later that afternoon, when Norah had gone to Katini’s to play he went over to Billy’s to see if they could secretly plan the ride to Kinyua’s about 50 Km away.  Just as they started to plan, the door bell rung. Ochieng’ was filled with dread; he knew it was his sister.

“Haiya! We were just planning on how to get to your place Kinyua!” Billy let Kinyua in. Ochieng’ was relieved and equally confused.

“Sasa Ochy!” Kinyua fist bumped Ochieng’ and threw himself on the couch.

Ochieng’ and Billy looked at each other and then at Kinyua.

“I got bored, I have promised to come for ages and now I am here, so…play station?”  Kinyua quickly changed the subject as he scratched a grumbling tummy.

Billy handed his console to Kinyua. “You can play with Ochieng’ let me make us a snack.

As Billy walked into the kitchen there were some banging of cupboard doors, rustling of plastic, clinging of cups and a few minutes later, Billy emerged with some hot dogs and crisps and a huge 2 litre soda with mustard and ketchup and glasses.

Kinyua didn’t even wait for Billy to put down the tray on the dining table. He quickly grabbed a hot dog.

“Wait! Have you washed your hands?” Billy demanded.

“Who cares about that?” Kinyua dismissed.

“We do!” Billy and Ochieng’ chimed.

Kinyua sheepishly placed his hot dog on a plate and walked to the kitchen,

“No, you can wash your hands here.” Billy offered.

“What is this?”  Kinyua inquired pointing at the liquid soap bottle.

Kinyua steadily opened the tap as he unraveled his hands from the wrapped cloth. He winced as the water touched his swollen hands.

Billy and Ochieng’ looked at each other and moved closer, they saw droplets of blood emerge from some cuts.

“What happened to you,” Billy squealed as he reached for the cabinet above the sink to get the first aid box.

Ochieng’ turned off the tap and grabbed a dining table chair for Kinyua to sit on.

“I swear it wasn’t my fault.” Kinyua stated vehemently.

Ochieng’ held Kinyua’s shoulders to calm him, and sat him down as Billy administered first aid. They had seen Kinyua with scars on his body in previous visits, but nothing this bad.