Pango: nostalgia and a quick slap back to reality 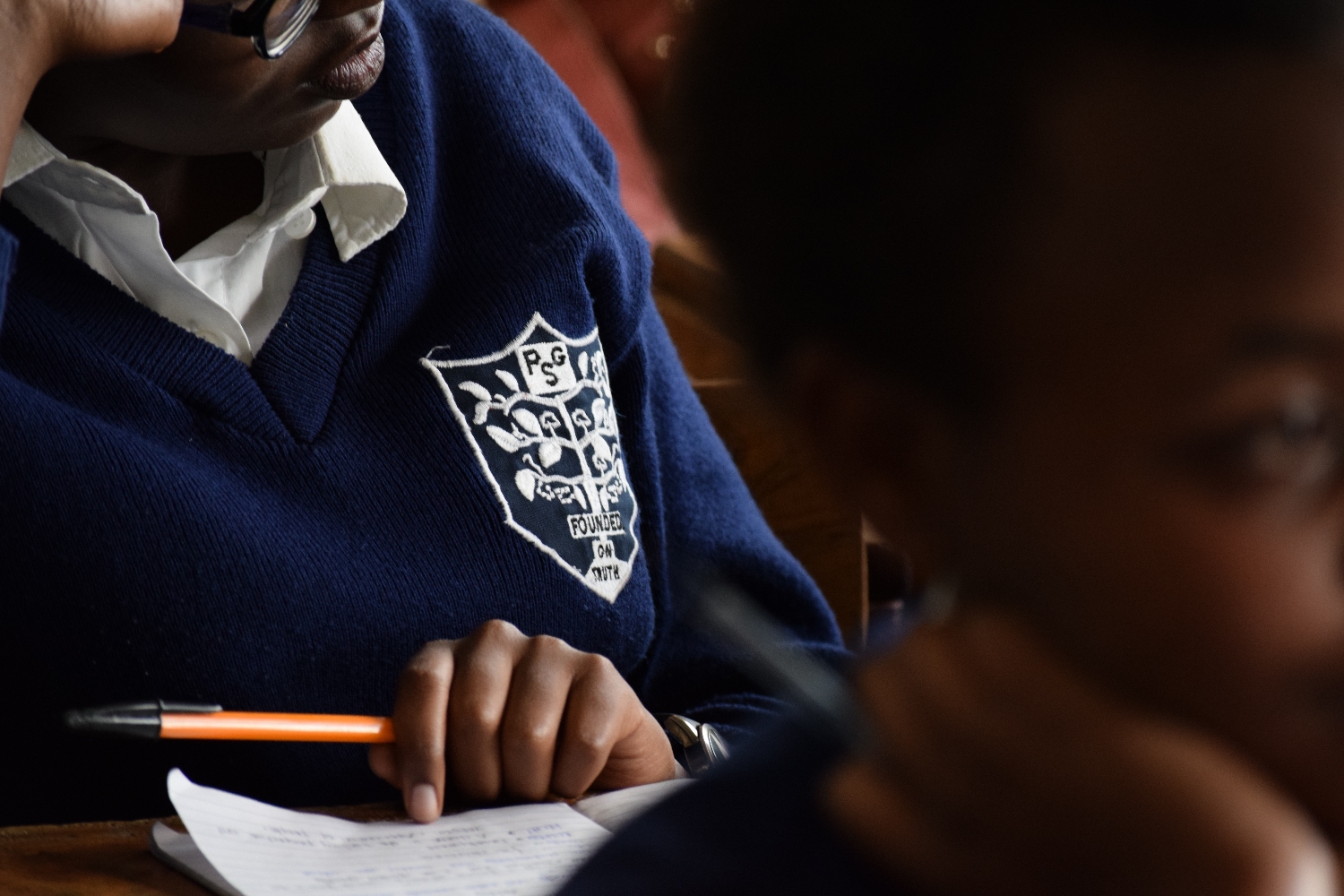 I was overwhelmed with a sense of pride when I walked through the gates of my alma mater; Pangani Girls High School. The last time I had walked through those gates, I was going to collect my school leaving and KCSE certificate. My intention was never to return. Like most, I had enjoyed the social side of school- but loathed the learning experience. Everything was about this alleged life defining exam. If you failed – life was over, if you passed – the world was your oyster. Hahahahahaha! What hogwash.

A lot has changed and has also stayed the same. I was there primarily to interview Mrs. Kirui one of the few affable teachers I could remember. I was also there to document a mentorship session that a fellow alumnus had dedicated time weekly to offer encouragement to the girls.

After my first chat with Mrs. Kirui, I was quickly introduced to Mrs. Mukuna, these women still look the same. They don’t look a day older from 16 years ago. Black clearly doesn’t crack. J The excitement lead to requests for further engagement with the journalism club (when did that start?) and offering teachers lessons on how to start blogs and digitize learning and joining the mentorship and career talks.

We all laughed, it was the excitement talking. There was a lot to catch up on. After a quick chat with the teachers, I requested to be excused to go downstairs to take shots of the school. What the hell – two school buses. Man the coach we had at our time was finally run down after all those fun outings. The driver, a legend in Pangani Girls, Towett was still working at the school. He was such a cool guy; he was always gracious enough to stop the bus along Moi Avenue where we would all run to get bread and some Sonford and sons fries on our way back to school after outings. There was nothing like those fries to save you from the school marro (an awfully cooked dish of beans and maize).

While I was taking shots, I could see the stares from the girls increasing, I started to giddily introduce myself,

“Hi, I am an alumnus from the class of ’01,” which was constantly followed with cheers from beaming faces and a barrage of questions.

“What class were you in?”

Some sighs, “what class are you in?” I asked them.

“Which clubs are you all in?”

“Which clubs were you in?” they asked me.

“I can’t actually remember, some of the ones you have mentioned were there in my time. Let me think.” I put my hands akimbo and started to ramble on about drama dying when I was in first form because the patron walked out on the club.

Then I finally recalled, “MUN” I raised an open palm to a High five. The girl quickly told me about her resolution passing the lobbying and caucusing stage but failed in the General Assembly. I recalled the same thing happening in my year. I congratulated her for getting that far.

One girl asked if she could take a few shots with my camera. I reluctantly handed it over and shifted to the “auto” feature. She took a few shots then they quickly requested a photo. I took a few shots. I had to go for the mentorship programme. I bid them farewell. For a moment I missed what it was like being a teenager. That feeling quickly faded when I climbed the stairs to the classrooms. But the girl’s energy was infectious; I was on a high all weekend after those conversations with them.

Sarah run a powerful introspective mentorship session with the girls. It gave them the opportunity to question who they are; understand their personality; explore interests, their values and so more. It was a deep discussion. In the process, one of the questions the girls answered involved concerns they had about their community; interestingly poverty was a huge concern, I found it more moving when they spoke up about the doctor’s strike that saw numerous lives lost.  These girls care, they genuinely do. It made me realise just how jaded we are as adults and how blinded we are by the grind.

On Saturday I realised a lot of things. The one thing that nudged at my core by being there with those girls was how most important community really is. We all need to be consciously engaged in our communities however great or small.