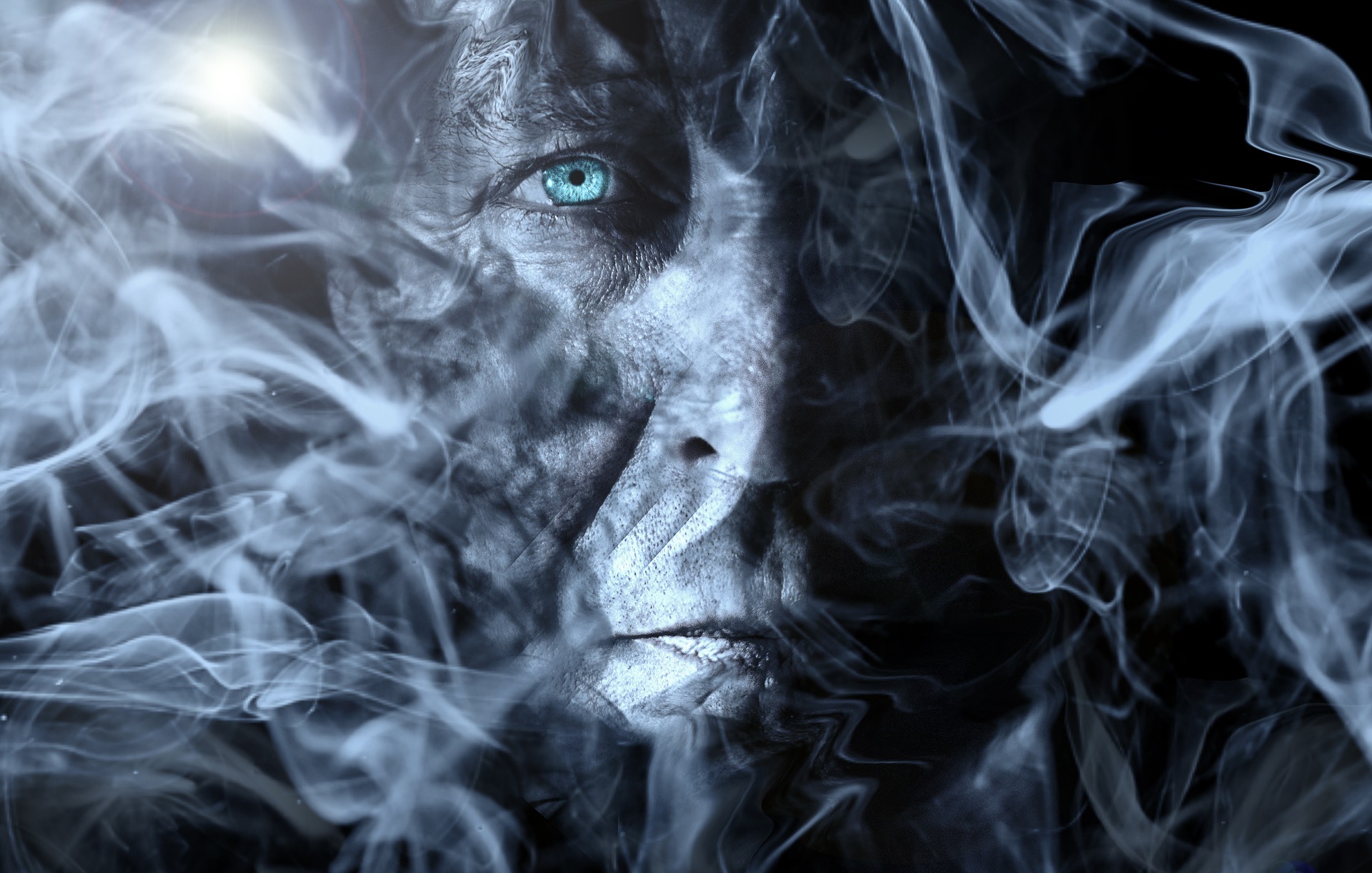 She lay in a feotal position on the cold red cement floor. She faced the blood stained wall dazed. Her cheeks were stained with white tear marks; her lips were pale, dry and pursed. Her neck had reddish groove like scars. Her body was tense and she gave off a rhythmic wince. Her frock, looked like grandma’s; long sleeved and huge it was stained with patches of yellow, red and an occasional brown. Her toe nails were pale and legs looked dead and stuck in the curled up position she was in.

The lights flickered irritatingly with a distant dripping sound. About 5 metres from her in the opposite side of the room, in the pitch dark, a rat was gnawing at a human finger in a pool of fresh blood. Cockroaches scrambled up the wall. The walls had symbols drawn in blood,symbols that looked like an asian language. One character seemed incomplete. The blood streaks off – a blood stained prolonged finger print moved from the end of the character to the bottom of the wall. And right at the bottom was where the rat gnawed at its feast. The girl winced and groaned aloud and the dripping stopped for a fraction of a second.

Footsteps could be heard steadily pounding on what sounded like gravel on the outer wall of the room. A door creaked open and a light began to flicker and a shadow of a person was cast on the walls from what looked like a held lantern. The feet began to move faster and heavier on the cement floor with an occasional splash. The door to the room where the girl lay flung open. The lantern’s light was met with flickering of a florescent light that for a second lit the face of the man. A single eye, grotesque nose and parted bloody lips, a long goatee against a blood stained t-shirt and torn trousers rolled at the calf and rubber sandals.

The man let out a groan, the girl froze, her body no longer winced, her eyes froze and sweat filled her brow, she  swallowed saliva as slowly as she could, closing her eyes hoping that her swallowing would not be heard. Her butt muscles tensed, her dress made a slight move. The man placed the lantern on the floor by the door and walked straight to where the girl lay.

He walked slower more cautiously. The light flickered again and his goatee was resting on her hair, he leaned over to look at the girls face. She closed her eyes and clenched her jaw, pursing her lips tighter trying to avoid screaming, tears began to flow down her cheeks. The man smiled and revealed fluoride consumed teeth and a matted yellow tongue emerged, he licked her face and her ear. She twitched he laughed. He slowly moved his hand from her face to her dress. She curled tighter frozen in the same position.