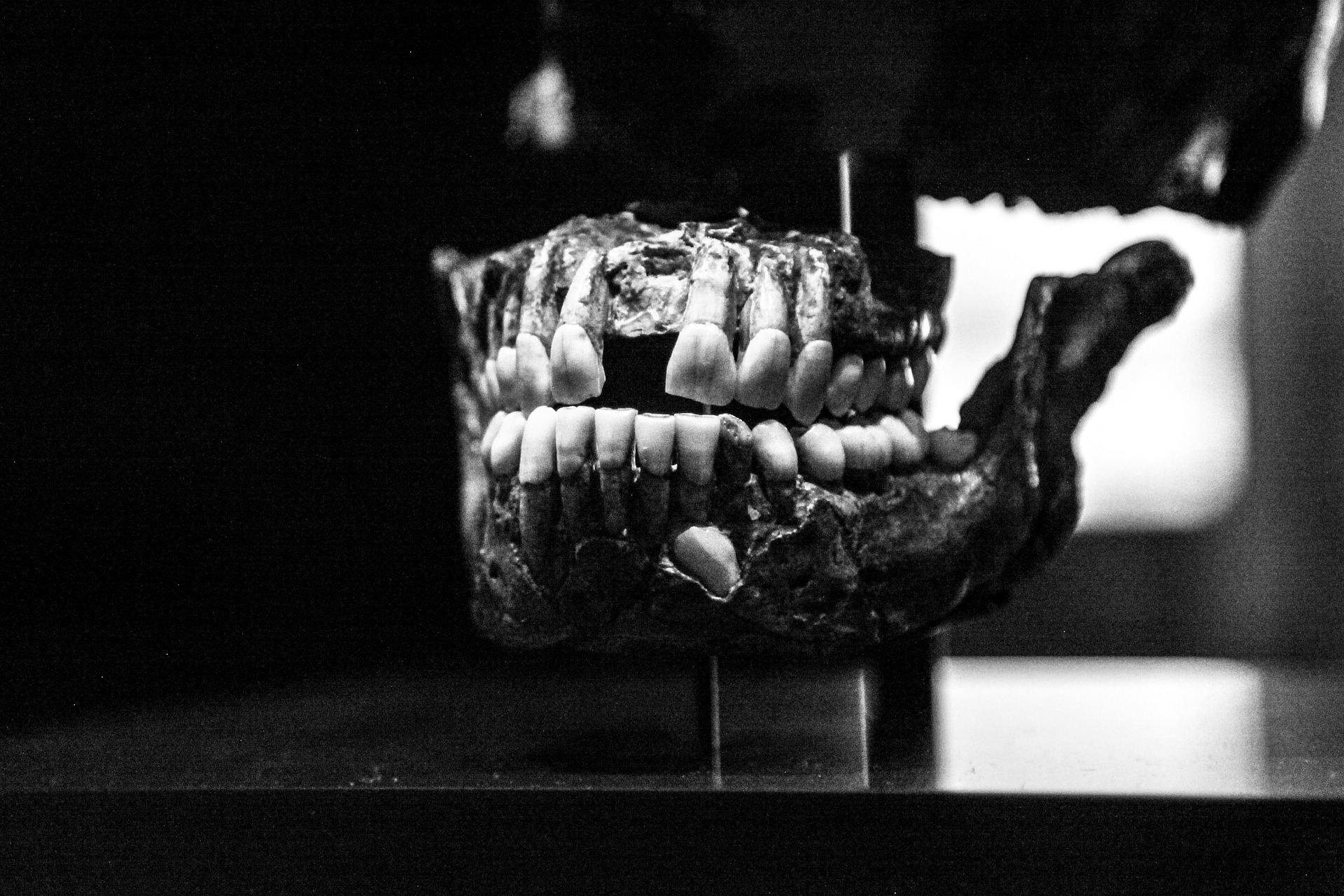 Pauline had been asleep for the past 18 hours; she wasn’t quite sure what she was going to wake up to do. She had tossed around for almost 3 hours; the sun was short of singeing the curtains open. After another 10 minutes she shot up and sat on her bed, legs dangling from the side. For some reason she attempted to lick her incisors but they were missing. She jolted.

“What the hell?” She thought to herself. What in the world was going on? “Wait! No! Wait! What the hell??!!!!” She exclaimed with an unusual hiss as she spoke and dashed to the mirror. She began to tear and tap her foot impatiently on the ground. What was going on? She stood in front of the mirror hands hanging limp on either side of her torso. She tapped her foot more violently, closed her eyes tight and then counted to 10.

Pauline steadily opened her eyes and lifted her hands to her mouth; she peeled her lips apart raising them high enough to reveal her teeth and gums. She let out a blood curdling cry like a wounded animal. It reverberated in the house, 6 teeth were missing. She was confused. She fell to the ground in a mound and began searching her mind, what had just happened? She slept the night before with all her 32 teeth intact, now she was missing 6 teeth. And her gums weren’t even bleeding.

Pauline quickly shot up and ran to her pillow and lifted it, six bloody teeth lay there, with a blood soaked sheet. Why was she not experiencing any pain then? It just didn’t add up. She screamed. Her screaming was quickly disrupted by a loud bang on the door. She jolted and pressed herself against the wall, back first. It was such a ridiculous site to behold, a 35 year old woman afraid in her house, and having lost 6 teeth while she slept without any signs of forced entry.

The door bang persisted and Pauline hissed out, “Sawa! I am coming! Eish!” Immediately she opened the door she felt a huge gust of wind sweep her away and she lost her grip of her front door. Pauline screamed wildly flailing arms and legs in the air. She had no idea what was going on, but she was sure of one thing, she was going to die. When she finally landed on something soft, she jolted quickly and fell with a thud again. This time she awoke on her living room floor with a Nigerian movie on TV. Pauline quickly held her mouth looking around the house wide eyed and scared, she clenched her teeth together and using her index finger counted all her teeth. A sigh of relief.