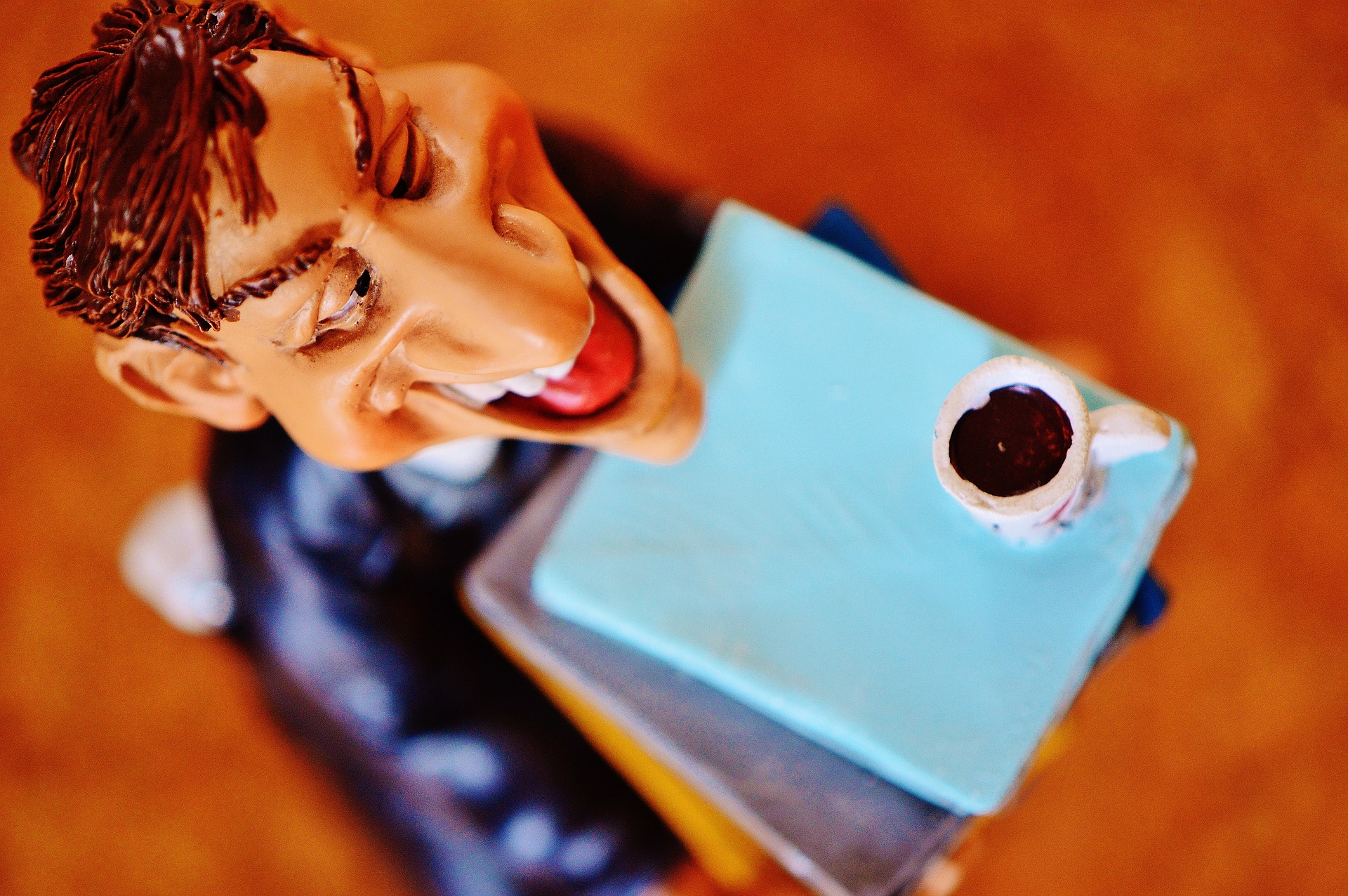 “I beg your pardon?”

“Yes? What about it?” The clerk was riding on Karimi’s last nerve and he was about to get it.

“That doesn’t apply here.” The clerk looked at her sternly. Karimi had had it. She walked away from the till and stormed through the “personnel only” door.

“Who is in charge here?” Karimi was seething; she looked like her face was going to burst.

“Madam…” Karimi cut him off.

“Are YOU.IN.CHARGE?” Her British accent clearer and more deliberate, the man who was addressing her pointed to a desk stacked with oxidized files. The man wore an oversize blue suit, ugly brown polka dotted tie and stained white shirt with circa 1980 spectacles that filled his oblong face. He pushed his spectacles up his fleshy bridge. He had a salt and pepper receding hairline that looked like it was on a mission to run away, as fast as possible, from his face. He lifted his head, when Karimi’s frame cast a shadow over him and the room fell quiet.

“Madam! Did you read the sign on the door?” The man inquired calmly, as Karimi rolled her eyes. Here we go again with the signs she thought.

“Sir, with ALL. DUE. RESPECT! I have been here for four hours; I have queued for 3 Hours and 55 minutes of that time duration. I finally reached the counter and one of your employees implied that I should bribe him even before he sought to find out why I was there.”

The entire office burst into laughter and laughed for about 5 minutes before it died down.

“Implied…just implied…Madam! You know, that is how we work here. Implied, you hadn’t paid?” The man said as he pointed toward the door. He slammed a file on his table that lifted dust causing sneezing and coughing. The man coughed directly into Karimi’s face, fanning the dust.

“Madam! You see this file?” The man said heavy in laughter that made his pot belly jiggle like jelly.

“These people filed complaints after they bribed. Not before Madam.” He retorted amused by his own statement.

Before Karimi could retort and call him out on his misconduct, he raised his chubby pink palm to silence her.

“Get some money; enough to satisfy our clerks. Then you can be assisted where needed!”

The man pointed her to the door. Karimi stood there in defiance. She sat down and eased into a chair, pulled out her cellphone and dialed a number calmly. She pressed the phone against her ear. After a few minutes, she smiled, “Hello Commissioner, How are you?” Karimi began.

The man’s face fell, he shifted in his seat and the room was filled with a stench of defecation. Karimi stood and walked toward the door. No one moved, no one said a word.