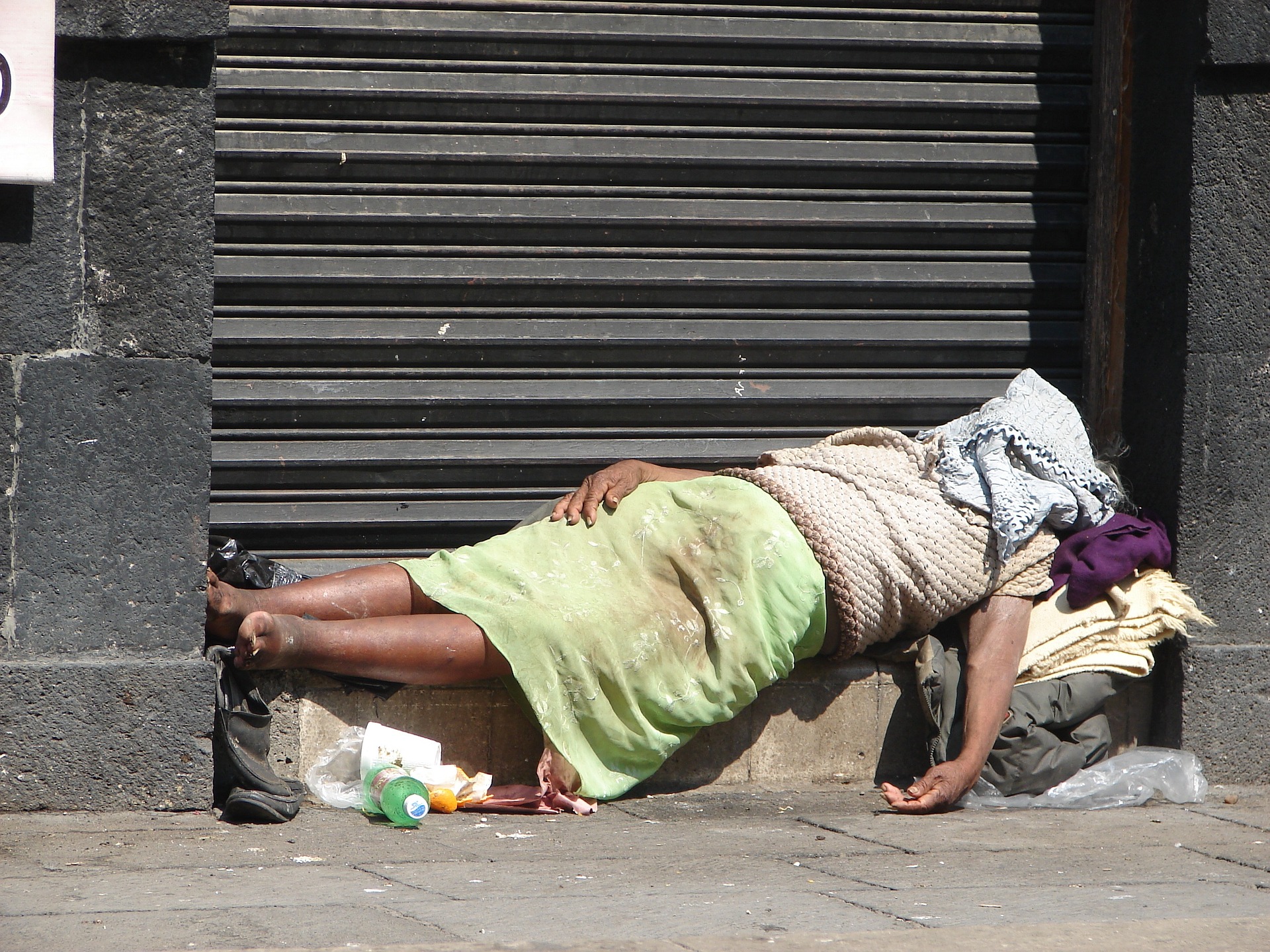 Sherry looked down at her clothes as the car sped by, hands spread out on either side, face dripping from a dirty gooey residue. Her groan was subdued for an instant and then steadily increased in pitch steadily growing from an alto to a deafening prolonged soprano.

People passed her by only taking a glimpse at her as they crossed the road. Her normal look was now complete. She fit the street corner; she was a vagabond no one cared about. She was a statistic; one of the many jobless, hopeless and probably ill educated people who moved to the city in hopes of a brighter future. Sherry wasn’t the first and wouldn’t be the last.

She inched toward a large puddle on the pavement looking at her reflection. She kneeled down and scooped the clear water and washed her face. It was icy. She shuddered as she cleaned her face. As she finished scrubbing her face in the puddle she stood up and began to walk straight down the street.

Harry, the newspaper vendor she always spoke to in the morning, wasn’t set up yet, his back was turned to her hunched over his waist length stand stacking the day’s newspapers. Sherry just kept walking, as if she was drawn by a magical force field. She forgot the usual morning “hello” she always offered. Maggie the hawker who always offered her a hot cup of tea and some mandazis was surprised that Sherry didn’t even turn when she stretched out some mandazis in her direction. Kama, the shoe shiner, almost tripped Sherry, as he was pulling out his supplies from a compartment in the shoe stand.

“What is going on with you today? Watch where you are going.” He demanded.

Sherry kept moving as if nothing had been said. Cars and motorbikes hooted and curses were hurled at her as they swerved to avoid her on the busy Kenyatta avenue. The central business district was awakening to another busy day. Sherry didn’t care. She had her eyes on something, what it was, that was the question.

After crossing several roads, almost killing herself in the process; Sherry walked straight in to Zimmers. The doggy joint at the end of the street; the ‘hustlers joint’ some called it. But everyone knew it was the place to get everything you need for the perfect high; another individual with low self esteem ‘looking for a good time’, legit alcohol at moonshine prices and the best weed in town. A bag eyed young man was unplugging the speakers to the sound system.

“Ilikuwa usiku kweli kweli!” He exclaimed with a weak smile, eyes telling tales of the wild night he probably had. Sherry dashed to the mixer on the counter, the man quickly placed down the speaker on the ground and dashed toward Sherry with a kick.

“Kwenda!” he yelled at her chasing her away. Sherry screamed rubbing her leg where the kick landed and started to mumble a song. It sounded like something out of a DR Congo 80’s song. The man slapped her in the face and yelled at her to leave.

“Rubbish! Get out!” he yelled in broken English. Sherry kept mumbling the song, her eyes distant as if she could see into another time, another space. The man tried to shove her again. One of the bouncers, Biko, was leaving from the night shift yelled, “Wachana na yeye,” the man left Sherry alone. Biko walked up to the man and shoved him, “See how that feels?” he yelled menacingly at the man. The man sneered and went back to his set down.

Sherry was now seated on the floor, distant, muttering a song to herself. Her filthy and tattered clothes steadily moving to an unknown tune as Biko looked on concerned.